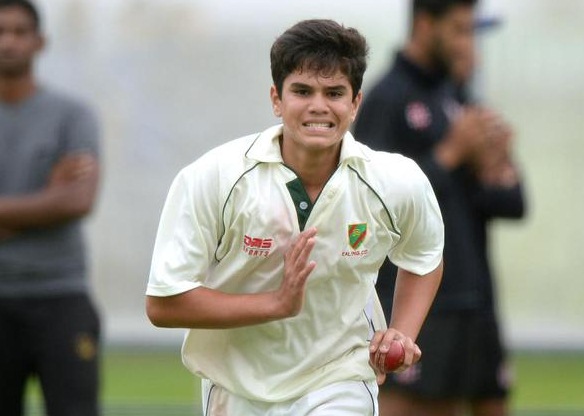 Taller and thinner than his legendary father, when asked about the stresses of continuing the name associated globally with an icon, he says: “I don’t take that pressure.

“When I bowl I just think hit the deck hard with every ball and when I bat I just play my shots, and choose which bowlers to take on and which not to.”

Arjun is a left-arm fast bowler and a left-handed batsman, the 18 year old could have easily followed his father’s footsteps and mastered in batting but he has become the fast bowling all-rounder.

Arjun has revealed the reason for him becoming the pace bowler and how his stint with Wasim Akram helped him.

“I used to play many sports as a kid, football, swimming, running, taekwondo,” he reveals. “And then cricket just developed, while everything else took a back seat.”

Asked whether his father had been a decisive influence he adds: “He helped me a lot. But he didn’t force me into it.”

As for the key question, whether he could foresee a career in cricket, the answer is again understated, but with a steeliness shown by his father during his 100 international centuries: “Yes, I’m working very hard to. That’s my ultimate dream.”