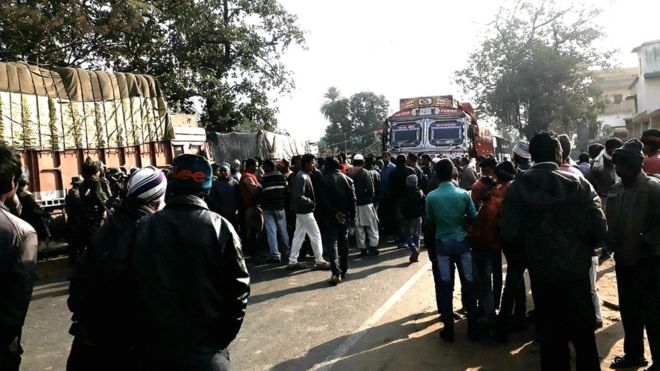 A young muslim lad was beaten to death in eastern Indian state of Jharkhand on New Years Day after he requested a group of boys to lower the sound of the music they were playing which then turned into a heated argument and a fight.

According to the police the teenager was killed after he confronted a group of lads with his two friends requesting they were playing the music to loud in the Mandar village, a town close to the state capital, Ranchi.

Waseem Ansari, 19, worked as a daily labourer in Pune and had returned to his family a couple of days ago to celebrate the New Year

A senior police officer gave an account of the incident: “Preliminary inquiry suggests that a group was playing loud music to celebrate New Year’s Day.

“Waseem Ansari and two of his friends approached the group and told them to stop playing loud music. This led to an argument and Waseem was attacked by the group. It seems he was hit by one of the sharp instruments used in cooking.

“We have requested the two communities maintain peace. The suspects will be arrested soon.”

Hasibul Ansari, who lives in the same village as the victim, “These people were partying near a Muslim graveyard. When Waseem told them to stop, they killed him.

“His friends were lucky that they managed to escape in time. I am very sure they would have been killed too if they had not escaped.”