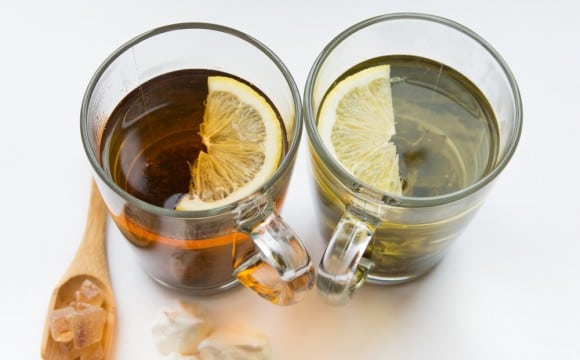 It will always be the endless question of green tea vs black tea  as it is constant source of debate, but there are some hard facts about the benefits and downsides of these teas.

The two most famous teas in the world are black tea and green tea, but which of these two are better, it’s important to look at the facts.

Black tea is made from small trees whose leaf buds called Camellia sinensis the same goes for Green tea, and undergoes an oxidation process, which is what makes the leaves turn black. That blackening does eliminate some of the strongest antioxidants in the tea, called epigallocatechin gallate this has a number of impressive health benefits. Even though black tea contains more caffeine around 1/3 of the caffeine is in a cup of coffee, and a number of other polyphenols. Black tea is known to help in weight loss  and boost metabolism, as well as hydrate the body and strengthen the immune system.

Black tea also contains a higher concentration of fluorides than green tea, which can ultimately strengthen the teeth and prevent cavities. Due to the higher level of caffeine in this tea, it also may offer an additional energetic boost, particularly as a replacement for coffee.

Green tea is also made from Camellia sinensis leaves, but it does not undergo the oxidation process, allowing it to maintain many more of the critical antioxidants, such as epigallocatechin gallate. This compound has been linked to help fight  cancer and lowering the risk of cardiovascular disease. This is a major advantage over black tea. Green tea also has less caffeine, which is seen as an advantage for many people who want to reduce their intake of this chemical. In terms of taste, green tea is often preferred, since it is milder and doesn’t maintain the same acidity that black tea can have. This acidity often requires black tea to be cut with lemon or honey, whereas green tea is typically consumed without any sweeteners.

Which one would you drink?