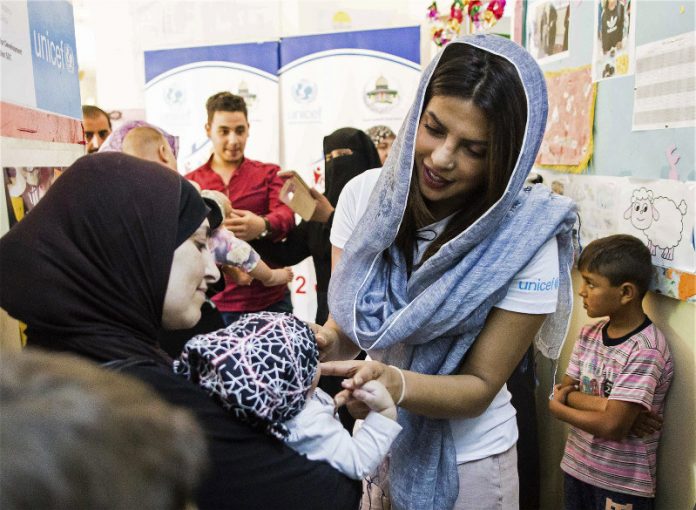 Actress Priyanka Chopra, who is currently in Jordan visiting Syrian children under a UNICEF’s initiative, responded to a tweet in which a user asked her to visit malnourished children in India instead.

The actress, who made her Hollywood debut with ‘Baywatch’ recently, has regularly updated her social media accounts whilst in the war-stricken region.

“I would request @priyankachopra that do visit rural areas of India where malnourished kids waiting for food,” said the tweet.

The 35-year-old responded, “Ive worked w/ @UNICEFIndia for 12 yrs&visited many such places. What have u done @RavindraGautam_ ?Y is 1 childs prob less imp than another?” (SIC).