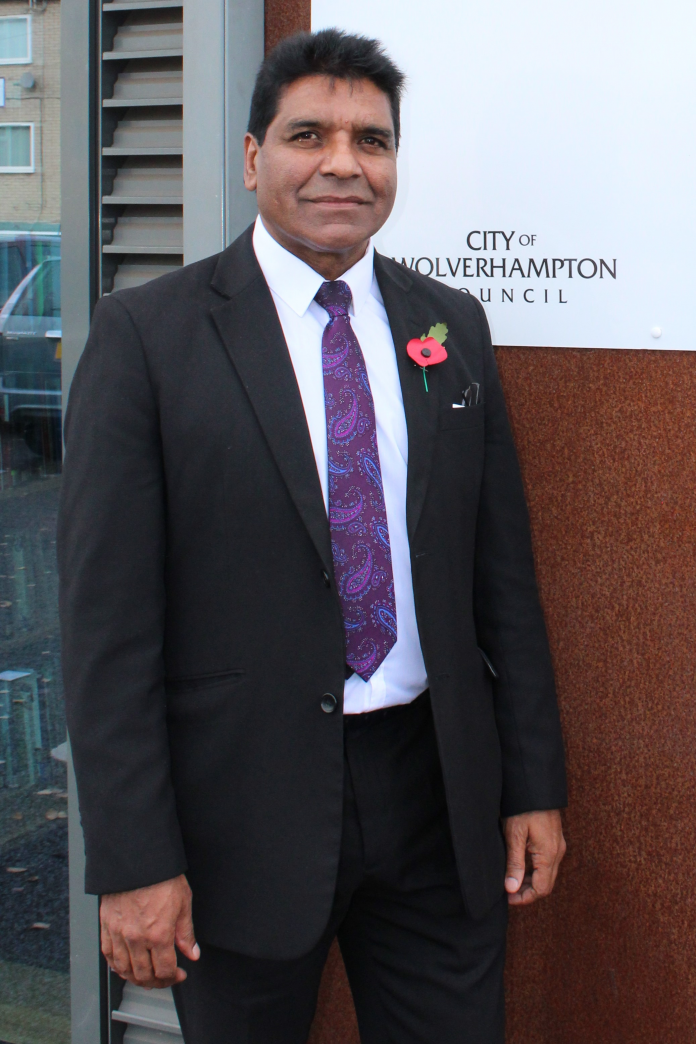 Cllr Elias Mattu is set to become the 159th Mayor of the City of Wolverhampton at tonight’s (WED MAY 17) full council meeting.

Cllr Mattu, who has represented the city’s Graiseley Ward for 17 years, intends to make recognising volunteers his theme for his year in office.

Tonight his fellow councillors will be asked to vote on a motion which will make him Mayor and he will then take the declaration of acceptance of office.

Cllr Mattu will take over from outgoing Mayor Cllr Barry Findlay who has been the City of Wolverhampton’s first citizen for the past 12 months.

Cllr Mattu is aged 58 and is married to Asha who will become the Mayoress. They have three grown up children – sons Ishmael and Anthony and daughter Jessica.

He has been deputy mayor for the past year and was previously a senior cabinet member as well as serving on numerous other committees and external bodies.

Cllr Mattu is passionate about sport and was a power-lifter before becoming a regional coach in the sport and running his own club where he trained five British and one European champions.

He said: “I am delighted to be nominated to become Mayor of the City of Wolverhampton for the coming year. It will be a great honour and a privilege to serve this great city.

“Wolverhampton has a history going back more than 1,000 years and has never stood still. I moved to Wolverhampton as a child and was brought up here and have lived here ever since.

“My theme for the year is recognising the value of volunteering. Charities and volunteers are doing tremendous work in our city helping the most needy and vulnerable people.

“This is a good time to represent the City of Wolverhampton. There is so much regeneration going on. I will try to promote Wolverhampton over the next 12 months to the best of my ability.”

In line with tradition, Cllr Mattu has chosen a selection of charities which he and the Mayoress will raise money for over the year.

Outgoing Mayor and Mayoress Cllr Barry and Mrs Margaret Findlay attended 510 events over the year and have raised more than £20,000 for their chosen charities which were The Samaritans, Help for Heroes and The MS Therapy Centre in Tettenhall.

Cllr Findlay said: “I must thank the thousands of people we have met over these last 12 months who have not only welcomed us, but been so friendly towards myself and Margaret. So, to the people of Wolverhampton, an enormous and sincere thank you.”.

Cllr Phil Page is set to be made deputy mayor at tonight’s meeting.