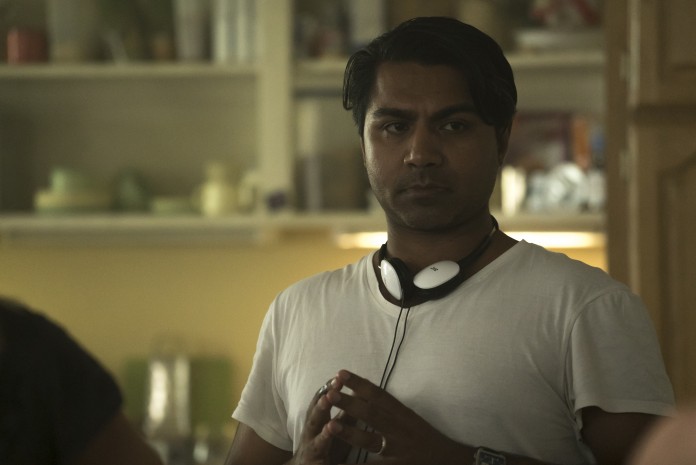 We get the pleasure of exclusively speaking to Arvind Ethan David, Executive Producer of the new hit series ‘Dirk Gently’s Holistic Detective Agency’, about the show and how he paved his way into television.

What made you want be involved with the show?

The show started when I was 16 years old and adapted this novel as my high school play, so it’s been a part of my life since I was a teenager and my career sort of started then because I met Douglas Adams and he became a mentor and a friend. My first job was working with his production company and so really it’s been a story I’ve loved and a character I’ve loved for my entire life. The rights were never available. The TV rights were unavailable literally that whole time and various other versions got made. About 2 years ago the estate got in touch and they said the rights had finally come back and we know you always wanted them and we would like you to make them. So that was how it started in this wonderful way, where the thing that started my career came back 20 years later and it was the perfect time to do it. It’s the first time I think, that television and companies like Netflix have been ready for a story as ridiculous and complicated as this.

Do you think there’s something about the show that makes it stand out, why do you think people would want to watch it?

It’s hard for me to know if people will watch it and like it or hate it, but what I can promise is that it is probably the weirdest show on television. It’s stranger than Stranger Things, it is funnier than thriller should be, it’s more violent than any comedy has the right to be, it is more touching than a detective show normally is and it has more science fiction in it than is normal for a buddy comedy. So it’s a mix up of a lot of genres. The show has been out in America for a few weeks now and it seems to have been building a very passionate fan following. I’m really excited to see what the UK and the rest of the world make of it.

How do you feel about Samuel Barnett playing Dirk, do you think he fits the character well, the way you envisioned it?

He is the most perfect modern Dirk that I could image. The great thing about Dirk is that he’s a really unique character. I think Douglas Adams created a British original. I think he’s in the tradition of a unique British literary creation, such as Sherlock Holmes, and Doctor Who and James Bond and Rumpole of the Bailey. There’s something special and unique about him which means that different actors can bring different things to him and make him their own. I think Sam is really giving off Dirk of the millennial generation, that he is simultaneously funny and very emotional, very over the top and very arrogant and bombastic but very touching and vulnerable all at the same time. We auditioned literally hundreds of people but Sam just nailed it. He is technically the finest actor I have ever worked with, as he comes to embody this very unusual and very strange creature that is Dirk.

How does it feel being an Executive producer for something that you’ve loved since you were 16?

It’s one of those things that I sort of have two modes about it. When you’re actually working, you’re just working and focusing on solving problems, making it as good as it can be and dealing with the 100 things that need dealing with on any given day. But then you have these moments and sometimes they’re on set or in the edit room when you’re just working on the writing and you just go, ‘Oh. My God. It has come true.’ And Max Landis, who is the lead writer and creator of the show and my partner in it, he also was a fan of his books since he was a kid. So for him, we were very good friends. So for him and I, it really is a dream come true. That we get to work with each other and on our favourite book. That’s a really unusual privilege and this trip to the UK, it feels really special to bring it home to my home, to Douglas Adams’ home and to Dirk Gentley’s home, it feels very moving.

If somebody went up to you, when you were 16 and told that you that you would be doing what you are doing now, how do you think you’d have reacted?

Oh, I was a cocky little thing, I probably would’ve said, ‘why did it take that long?’ But I can tell you, that grown up me is very happy with how it all played out.

So, Dirk or Todd?
I love them both! And I think Elijah does a phenomenal job and that role typically is the less interesting role, the sort of Watson. But, both, because of Elijah’s performance and because of some stuff that’s about to happen that you don’t know yet, Todd is not your everyday person. I love both characters, I cannot choose between them, but I am ultimately in my bones, a Dirk Gently.
Lastly, is there any advice that you have for anybody out there who is watching the show and perhaps wants to go down the same path that you are on?

Yes, a couple of things, one is the obvious: do not give up. I’ve been obsessed with this story for almost 25 years and sometimes it takes that long. I’m not saying don’t do anything else in between, do other stuff. You have to find other projects to make and other ways to make a living. But don’t give up on the things you love and be open to the universe. I wrote a letter, into the ether to Douglas Adams. I didn’t know who he was, I didn’t know him, my parents and his weren’t friends I just found out an address and wrote a letter and he just turned up. And sometimes life is really like that and I can trace from that day, I can trace every important professional relationship and every piece of work I’ve ever done, I can trace to that day when I wrote that letter. So be open to that and put yourself out there.

Last piece of advice especially for Asian parents out there, let your kids follow their dreams. We don’t all need to be accounted for.