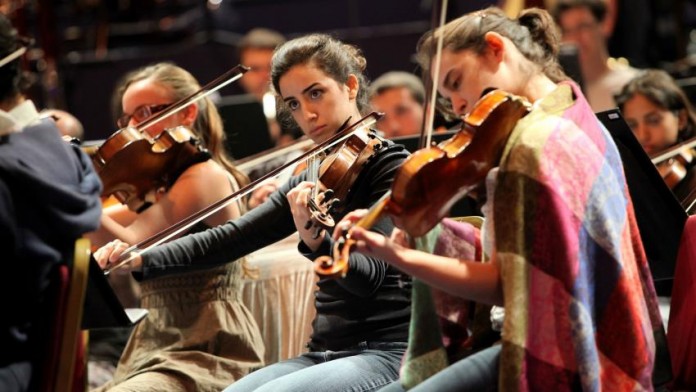 The Palestine Strings performed in 2013 at the Proms to a sell-out crowd and positive acclaim. Their sister ensemble Palestine Youth Orchestra will now present their musical genius at Birmingham Town Hall, Victoria Square.

The orchestra will feature Beethoven, Rahbani Brothers and Mussorgsky as well as others.

The Palestine Youth Orchestra was conceived in 2004 by the Edward Said National Conservatory of Music, the goal was to bring young Palestinian musicians around the globe together. They have performed throughout the Middle East and Europe at festivals such as Ravello and Beiteddine and venues including CRR Paris and Grand-Théâtre de Provence. The orchestra have worked with conductors from Sian Edwards to Tom Hammond and featured soloists including Dima Bawab, Mariam Tamari and Saleem Aboud-Ashkar.