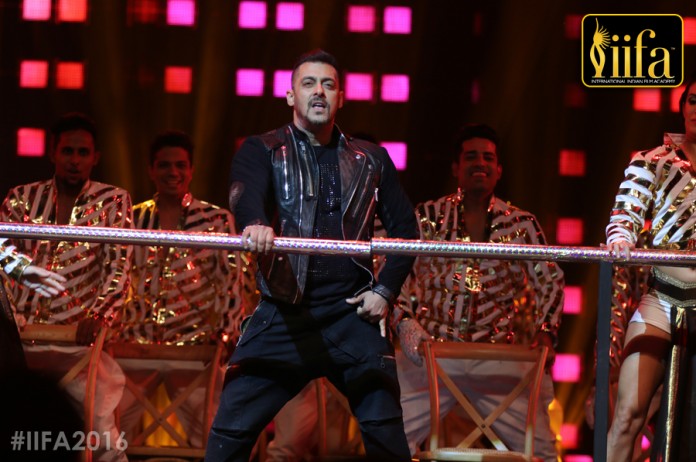 Salman Khan left the crowd cheering and gasping for more with his natural style and charismatic aura at IIFA. The actor was well-dressed during the event adorned with a regal looking black coat, looking as-ever, dapper.

Salman performed songs from his upcoming film Sultan. ‘Jag Ghoomeya’ and the Sultan theme song were amongst the highlights of his avid performance.

However, he also had a surprise in his pocket that left everyone in awe, when he danced to the hit song ‘Tadap Tadap Ke’ from his movie Hum Dil De Chuke Sanam.

His performance brought tears to the audience but that still didn’t stop them from cheering for him.