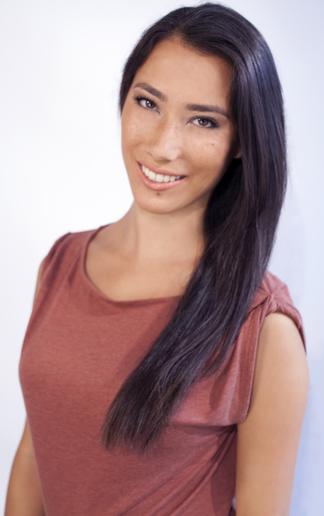 Yasmine Tanwidjaja-Pajares, is making a name for herself in the media industry. The 24-year-old who has been growing into the industry for the past 6 months as part of Media Trust’s series 10 London360 programme, which takes six talented young people from across London and puts them through a TV, print press and radio boot camp, is giving a voice to London’s communities and wider issues that deserve more recognition.

She has covered some of the most compelling events, such as the match4Lara campaign, which is aimed to raise awareness of the under-representation of mixed ethnic backgrounds on the patient donor register.

She challenged Mayor of London, Sadiq Khan, about what he will do to protect women in the creative industry, and she shed a light on migrant and refugee women who are making exceptional differences within the British community and economy.

“Being a Brit/ Euro-Asian female I noticed how I never grew up with an idol that I felt I could relate or look up to. Diversity has been an on-going topic of debate with social media trends of #Britssowhite and #Oscarssowhite, and even in this discussion I feel the Asian voice is still very much lost in translation since this nation is in between the white versus black conversation.

“A lot still needs to change on-screen and off-screen to transform perceptions of stereo-typical or traditional notions, especially in today’s globalised world.”

Born in London to Spanish and Indonesian parents, she has been raised to become a young woman of the world.

Having grown up in Spain, Germany, Thailand, Singapore and various other parts of the world it comes as no surprise that along with her multi-lingual capabilities (German, Spanish and French) she is on her way to becoming a TV star.

“The great thing about this programme is that it trains young people with virtually no experience in media to new capabilities from producing, filming, and editing to PR, presenting and directing.

“We might not be pros yet but we’re definitely sharpening our skills as a team with strong and supportive mentors, such as our Executive Producer and former MTV-presenter, Jasmine Dotiwala.”

Yasmine decided to pursue a career in TV by chance, as she persevered in undertaking internships during her university studies and managed to secure a 6-month placement within the Marketing and Communication team of Red Arrow International, an international TV production and distribution firm based in Munich.

“Her hard work and pure determination went unnoticed, which led her to intern further in Los Angeles at TV production company Kinetic Content (producers of Mob Wives, Married at First Sight) as part of the Research and Development team.

“Ultimately what fuelled her passion to tell stories of various communities were her trips to places like Africa and India “There were some shocking moments and conversations I had with locals of Douala and Dharamshala that I felt needed to be captured but I didn’t know how to since I didn’t have the right tools at the time to present their stories.”

Having travelled extensively she strives to continue looking into and examining different communities in various parts of the world, to present and produce content on several media platforms, and finally settle in Los Angeles.