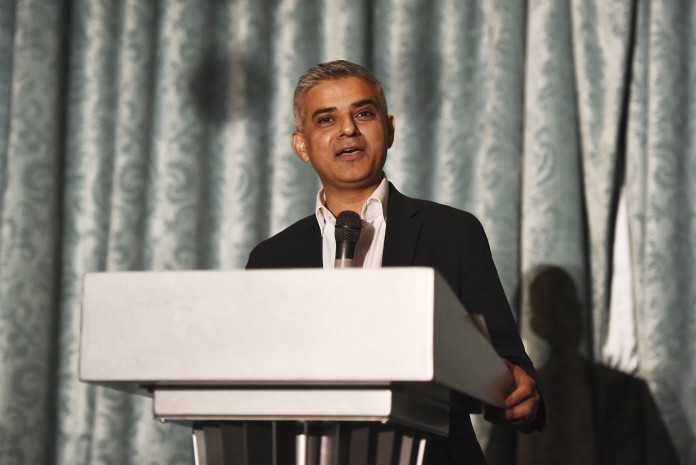 One of The Prince’s Charities, The British Asian Trust, the UK’s leading organisation for British Asian philanthropy, hosted a special evening to observe the Islamic month of Ramadan.

The event, which featured a traditional Iftar dinner, took place at the prestigious Savoy Hotel and was attended by some of The Trust’s key trustees, supporters and ambassadors.

The night highlighted the important work of the Trust’s Ramadan appeal ‘Mind, Body and Sew’ for vulnerable women in Pakistan.

Sadiq Khan, the Mayor of London, attended the evening as the Guest of Honour and addressed the audience about the essential charitable work The British Asian Trust is undertaking across South Asia, as well as the importance of Ramadan amongst the Islamic community in the UK.

Sadiq Khan says: “This is my first Ramadan as the Mayor of London, and it has been a great opportunity to bring together all communities across the city. It has been especially humbling to see the Muslim community making incredible efforts to support charities and philanthropy throughout the month.

“The British Asian Trust in particular has continued to do outstanding work – their contribution to the South Asian community globally over the last nine years has been exceptional and as a British Asian myself, I am proud to see so many influential Londoners supporting them. Ramadan Mubarak.”

Richard Hawkes, CEO of the British Asian Trust adds: “Ramadan is traditionally a time for extra giving and goodwill and we have created a campaign during this month to highlight our work to positively impact the lives of some of the most vulnerable women in Pakistan.

“Tonight’s Iftar dinner brings together some of our most prominent donors and supporters to highlight our work in Pakistan and we are delighted to be joined by the Mayor Of London, a proud British Pakistani himself, to share our message and help raise funds to change as many lives as possible in South Asia.”

The event was hosted by BBC News presenter and Trust ambassador Asad Ahmad, who last month travelled to Pakistan, where he met some of the country’s most vulnerable women to learn more about The British Asian Trust’s work upon their lives.

The presenter provided a first-hand account of his visit to highlight the importance of the Trust’s fundraising appeal during this campaign.

During Ramadan this year, The British Asian Trust has launched the ‘Mind, Body and Sew’ appeal to highlight the life-changing work and raise funds to help give more women a hand up instead of a hand out to ensure they can secure a sustainable livelihood for themselves and their families.