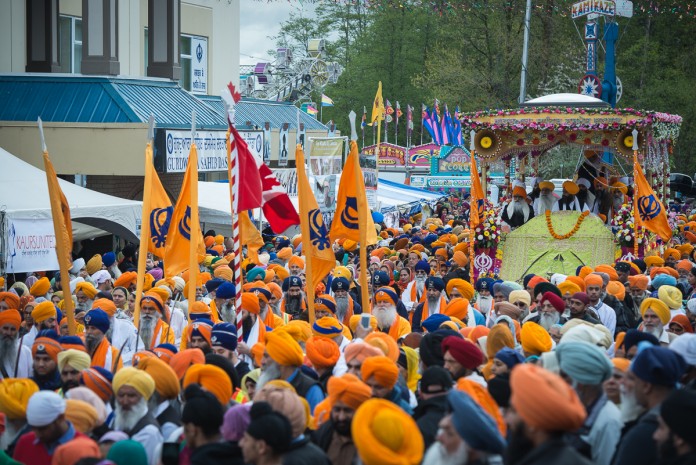 The month of April sees the celebration of Vaisakhi, one of the most significant observances in the Sikh calendar. Marking the Sikh New Year, the festival also commemorates the founding of the Khalsa in 1699, the year in which Sikhism was established as a collective faith.

Celebrated by millions of Sikhs across the world, the harvest festival of Vaisakhi traditionally celebrated in India’s Punjab region was chosen by the tenth guru in the 17th century to transform members of the Sikh faith into a family of sant-sipahi (saint-soldiers).

The Khalsa collective, seen as the eternal embodiment of the Guru, was founded through a baptism ceremony in the presence of thousands of people. The Khalsa was born through the initiation of the Panj Pyare (Five Beloved) through the baptism ceremony, with all five being from different castes, signifying the Khalsa view that the human race is one.

Guru Gobind Singh founded the Khalsa in front of thousands at Anandpur Sahib.

During the Vaisakhi festival Guru Gobind Singh came out of a tent carrying a sword. He challenged any Sikh who was prepared to give his life to come into the tent. The Guru returned alone with his sword covered in blood. He then requested another volunteer ‘snd repeated the same action four times until five men disappeared into the tent. The crowd was very concerned until they saw five men return wearing turbans with the Guru. These five men became known as the Panj Piare, or ‘Beloved Five’.

The men were then baptised into the Khalsa by the Guru. He sprinkled them with Amrit (‘immortalising nectar’: the Sikh term for holy water) and said prayers. This is the basis of the Sikh baptism ceremony. 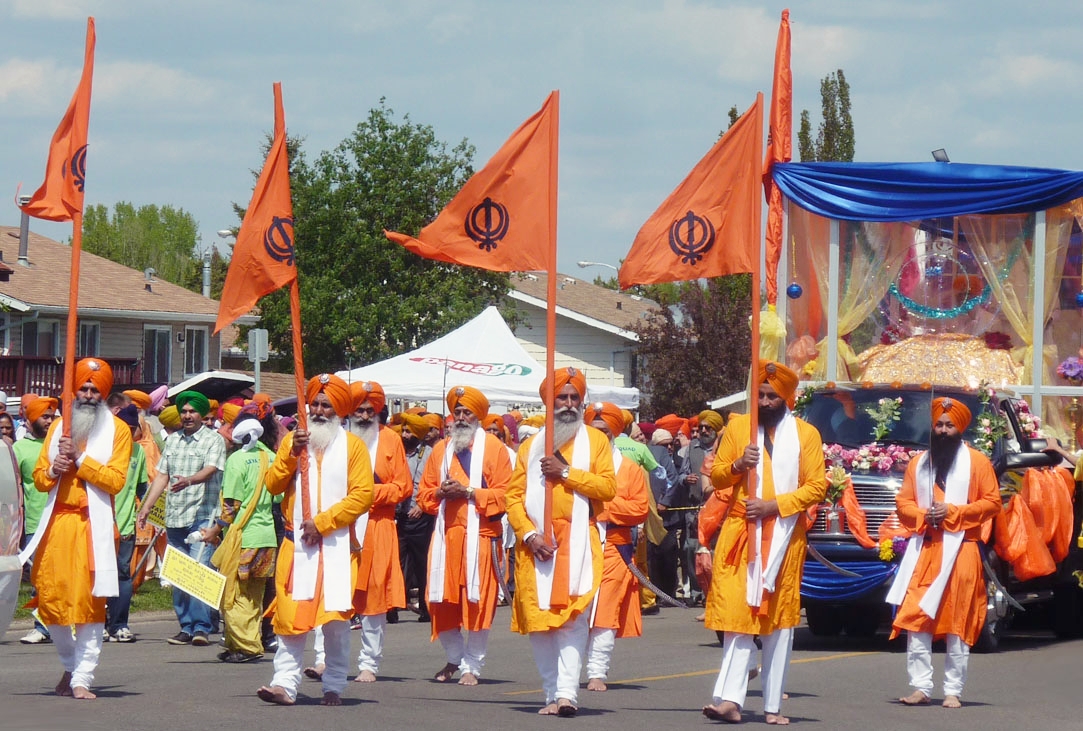 Vaisakhi is celebrated in much the same way as Gurpurbs.Gudwaras are decorated and visited. Parades, dancing and singing happen throughout the day. Many Sikhs choose to be baptised into the Khalsa brotherhood on this day.

The festival is marked with nagar kirtan processions: processions through the streets (nagarmeans “town”) which form an important part of Sikh culture and religious celebrations.

Kirtan is a term meaning the singing of hymns from the Guru Grath Sahib, the Sikh holy book. Celebrations always include music, singing and chanting scriptures and hymns.

The processions are led by traditionally dressed Panj Piaras.

The Guru Granth Sahib will be carried in the procession in a place of honour.