Home Lifestyle WALKING TOWARDS OURSELVES: INDIAN WOMEN TELL THEIR STORIES 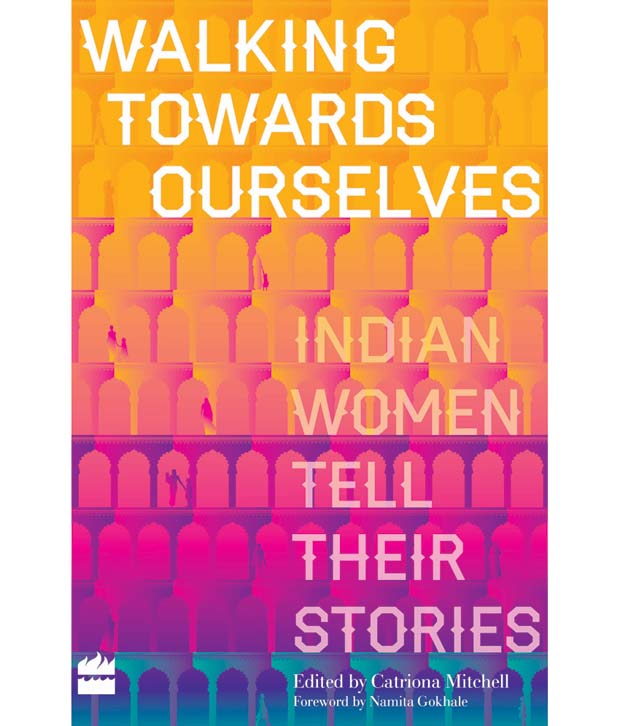 India is a nation of contradictions. Women are at once celebrated as goddesses, to be worshipped and respected, yet sold as child wives to be nothing more than the property of their husbands. They live in a culture dominated by men, with race and gender motivated crimes made against them daily. In 2012, the death of a young lady in Delhi, who had been violently attacked on a bus by a group of men, sparked an outage. This tragic event epitomised the social vulnerability of Indian women and how violence exercised against them needs to end. The world paid attention and the course of India’s history began to change.

Writer and Editor, Catriona Mitchell, wanted to find a way to give the silently persecuted a voice and showcase first-hand the challenges, big and small, these women face. WALKING TOWARDS OURSELVES: Indian women tell their story is Catriona’s carefully collaborated anthology of strong, individual voices from across India. These powerful narratives break down gender stereotypes and show what it really means to be an Indian woman living through a time of incredible transition and change.

Leila Seth, the first female judge of the Delhi High Court and the first Chief Justice of a state High Court in India, presents a measured plea in support of the rights of women in BREAKING THE SILENCE. SCENES FROM A MARRIAGE is a disturbing testimonial of personal anguish told with outstanding courage from a writer who remains anonymous to safeguard her identity. LOVE IN THE TIME OF THE INTERNET is best-selling author Ira Trivedi’s poised yet poignant foray into the frenzied world of the Indian matrimonial industry that reveals the dark truth of the bridal market. BEYOND MEMORIES shows the incredible resilience of child bride Salma, a Tamil poet, who hides her writings from her husband and family to preserve her life. CAST AWAY, by Bollywood actress Tisca Chopra, is an account of the unrelenting pressure she faces from directors taking sexual liberties as payment for casting roles. And TICK TOCK is award-winning writer Tishani Doshi musings on the concept of what it means to be a mother and what it means to not want to be a mother.

With many more touching stories, WALKING TOWARDS OURSELVES aims to provide a balanced view of Indian’s cultural richness whilst unveiling the reality of ‘what our lives look like.’ With varying ages, religious castes, socio-economic backgrounds and political and sexual orientations, these mini-memoirs are a defiant stand from incredible writers. Showcasing their creativity and intellect, they use their words as weapons to inspire more women to break out of their social suppression and join India’s growing gender revolution.

Catriona Mitchell is a writer, editor and literary events programmer who fell in love with India initially through its literature when in her teens, and later via her first actual visit in 2007. In 2009, she received an Asialink Arts Residency with Teamwork Arts and Jaipur Literature Festival (JLF) to conduct research into the work of twenty-four contemporary Indian authors. Since then, she has had an ongoing engagement with JLF, which continues to fuel her deep interest in contemporary Indian literature and culture. In 2012, Catriona co-created the Bookwallah train tour which took Indian authors, Australian authors and a portable, pop-up library of Australian books through South India by train for a month, and delivered live events at every stop along the way. Bookwallah won an Australian Federal Government arts award in 2013. Catriona directed, shot and edited a thirty-minute documentary of the Bookwallah tour, which screened in India and Australia. Catriona has a Masters in Writing, and an M Phil in Creative Writing from Trinity College Dublin. She is a former Program Director of the Ubud Writers & Readers Festival, Bali.

Words from the contributors:

‘The impulse to freedom and self-expression is as fundamentally human as the impulse to live with social acceptance. And women are fighters.’ Mitali Saran, SQAURE PEG, ROUND HOLE

‘I am mocha brown. I prayed for beauty. My skin was still as dark as roasted cocoa. I stopped asking for beauty, I asked for wisdom instead. It has made all the difference.’ Rosalyn D’Mello, BLACK

‘Why was it that when we wanted to understand the battles we were fighting, to figure out why the world was the way it was, we had so little to read that could help us?’ Urvashi Butalia, OXYGEN

‘The man who rapes me is not a stranger who runs away…he is the husband for whom I have to make the morning coffee.’ Anonymous, SCENES FROM A MARRIAGE

‘A woman can wear a war for a very long time.’ Sharanya Manivannan, KARAIKAL AMMAIYAR AND HER CLOSET OF ADORNMENTS

‘That discrimination, prejudice and segregation exist in all countries is the truth of the world we live.’ C. S. Lakshmi, BAMBOO BASKETS AND BROCADE SARIS: LIFE AND STORIES OF DALIT WOMEN