The Mayor of Tower Hamlets has been accused of fraud and using intimidating actions in a bid to gain more votes. Retail analyst Debbie Simone, who is also a Labour activist, indicated that Lutfur Rahman used “corrupt and illegal practices that led to him winning the 2014 mayoral election”.

Standing at the Election Court, which is part of the High Court, Misss Simone said people were now frightened that joining the petitioners “could affect their job and housing prospects.” Mr Rahman denies any wrongdoing.

Lawyers against Mr Rahman have made a string of series claims – which include “personation in postal voting” and “ballot paper tampering.” 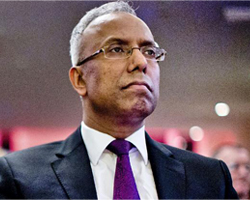 In a written statement, Miss Simone, said, “I have chosen to come forward as a petitioner to support others who wanted to come forward but felt too frightened to do so as this could potentially affect their job and housing prospects, and that of their family members and affect their future political careers.

She added she had also “witnessed some irregularities”, telling how she had spoken to a Turkish man whilst campaigning for Labour.

“He told us that the previous week he had been visited by the Tower Hamlets First (ward) candidate Maium Miah, who had told him to vote for Mayor Lutfur and for Tower Hamlets First as he was a Muslim and good Muslims should vote for their Muslim brother Lutfur. The young man felt a bit pressured by this. He had left Turkey exactly because of this kind of thing and was shocked to find it going on in the UK.”