Home News Living On The Breadline

How Thousands Are Turning To Food Banks

Millions of people across the country are turning to food banks as a means to feed themselves and their families. Being the sixth largest economy in the world, Britain has seen an unprecedented rise in the number of people using a food bank. According to The Trussell Trust, a leading food bank provider, there are two new food banks being launched every week to meet the growing demand. In the last year, 913,138 people were given three days emergency food, with the biggest reason being benefit delays. The West Midlands alone saw 58,036 adults given emergency food. The Asian Today visited a Birmingham charity, which has been providing food hampers to the community for the past 12 years. 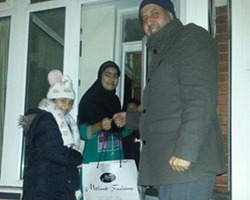 Deep in the suburbs of Birmingham, the Balsall Heath Forum are stacking up on food. Included are boiled rice packets, biscuits, soup and other tinned food; all neatly being organised into over 50 individual hampers. Hampers that will eventually be distributed to the community who so thoroughly rely on provisions provided by the organisation. Donated by the charity Islamic Help, local groups Balsall Heath Churches Together, Saheli Hub and the Near Neighbours cross-faith work project, the programme is aimed to get to the most vulnerable of society and give them extra help. The food bank is opened every Thursday, between 11 am and 1pm.

CEO of the organisation, Abdullah Rehman, told us how he started the project. “People from the community started to ring in telling us how they knew of certain individuals who were suffering from a crisis. This had never happened before. Therefore, what we did on the back of that was that we started a food bank in Balsall Heath. In particular, during the festive period of the year, where people can pop-in and pick up a parcel of food. But what we do in addition to this is that we try and help them with the situation that they are in. We have a help point at the forum which include housing officers and someone that deals with debt. So basically, the way it works is that, when someone comes in for food, we say that if you want you can talk to someone from these organisations that can maybe get you out of the situation that you find yourself in.

“9 times out of 10 the people that come to us are people that have had a delay in their benefits. One example I can give is a woman who was so ashamed about coming in. She said that she had spent her entire life helping people, so this is embarrassing for me. There are people out there that have lost a loved one and have spiralled into bad situations, not of their own fault.” 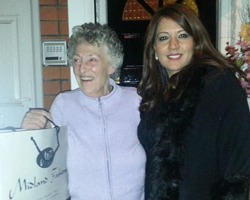 Down the road, and another food distribution is taking place. For the first time ever, the residents of Springfield arranged a hamper distribution for the elderly in the community. A fantastic opportunity for young children to learn about the importance of charity giving and caring for their neighbourhood and care for the residents that are vulnerable,, the project came about after a local businesswoman, Shabina Bano was invited by Abdullah Rehman to Balsall Heath to participate in their hamper project.

Commenting on her experiences, Shabina said, “I was overwhelmed how this project boosted the community spirit in Balsall Heath. At the same time it opened my eyes to how many vulnerable residents we have in our own neighbourhood living on the poverty line. With first hand experience of being involved with Balsall Heath I was eager to do a similar project in my neighbourhood Springfield.”

Receiving support from the Balsall Heath Forum, Councillor Habib Rehman and West Midlands Police Sgt Talib Hussian, the project took four weeks to put together but as word got about the project started to attract a lot more support.

“Tom Thomas from St Christopher’s Church in Springfield worked tirelessly with me in collecting the hampers arranging and in distribution. Mr Thomas and I both believe involving children to spread joy and happiness can bring all faiths communities together. This was a great project and we hope to continue working together with Balsall Heath Forum. The young are our future and the next generation. We need to show them the importance of joy happiness and respect to insure they grow to love and care for all regardless of race colour and religion.”

It was whilst working at her business, kitchen showroom Lush Living, Shabina was approached by a potential customer requiring a kitchen. However, due to personal circumstances they were not able to purchase the kitchen. Whilst in conversation with this individual she describes her disbelief at their living conditions. “To be someone who is so enthusiastic I was shocked at their situation. I asked if there was anyone helping and she told me she had been appointed a community officer. I took the number of this officer and the customer left.

That evening she returned with a heavy heart. “I cooked a meal, sat down with my family and ate, but I kept thinking back to the woman who I met earlier.” After calling the number she was given, Shabina was told the true extent of the woman’s situation. “The next morning, myself and my two boys, after dropping hampers off at Sparkhill Police Station, I visited the woman. Taking along a hamper which included cakes, tins of beans, tuna and cereal, we offered her a kitchen at no cost.”