India were trailing by 246 runs with two wickets in hand at the end of Day 3 of the third Test. Sent on the back foot by the James Anderson-led attack, the visitors need 47 runs to avoid the follow-on. While Ajinkya Rahane had kept the team in the fray with a half-century, MS Dhoni’s gritty unbeaten fifty has kept the line-up from collapsing in the last session.


England’s domination of the match at Southampton was so emphatic that India was always playing catch up after starting the day on 25 for one. Stuart Broad impressed the most in the morning session as he picked the crucial wickets of Cheteshwar Pujara(24) and Murali Vijay(35). While Pujara was dismissed trying to fend off a bouncer off Broad, Murali vijay dragged one on to his stumps to send some early alarm bells ringing in the Indian dressing room.

The focus then shifted to Virat Kohli who had had forgettable scores in the first two Tests. Kohli looked impressive for most part of the innings, until he finally fell prey to James Anderson. Anderson who looked like picking up a wicket every time he had the ball in his hand, finally got his first wicket of the day as he got Kohli caught at first slip for 39. The onus was then on Ajinkya Rahane and Rohit Sharma to get the innings going for India who had looked uncomfortable against England’s impressive bowling. The duo though, stuck to their task, applied themselves and brought up a half century stand to give Alastair Cook and company something to think about.


Just when India looked poised for a healthy partnership, Sharma perished to Moeen Ali after trying to hit him over mid-off only to get caught by Stuart Broad. The scoreboard read 210 for 5 and India were in deep trouble at the stroke of tea. Much depended on the Dhoni-Rahane pair to steady a faltering ship and Rahane looked well composed for a big score until he perished to Moeen Ali in an effort to punish a short pitched delivery. Rahane walked back to pavilion scoring a fighting 54.


The batsman to follow, Ravindra Jadeja, then began to play his brand of cricket scoring at a brisk pace. He lived dangerously but took his chances to get the scoreboard ticking with a flurry of boundaries against Broad and Anderson. But his moment at the crease was short-lived as he succumbed to some outstanding swing bowling from James Anderson. Anderson looked lethal with the second new ball and so did Stuart Broad who next claimed Bhuvneshwar Kumar’s wicket to leave India in total disarray. Most Indian batsmen got starts but failed to capitalise on them, a factor that resulted in the fall of wickets in quick succession as India were left struggling on 323/8 at end of day’s play. Dhoni was unbeaten on a fighting half century along with Mohammed Shami batting on 4.


Will India succumb to the pressure early in the morning on day 4 or will Dhoni lead by example and help India avoid the follow-on? Will Cook impose the follow-on if there is an opportunity or will he come out to bat for the second time in the Test to give his bowlers a rest? Plenty of questions, the answers of which await on Wednesday. 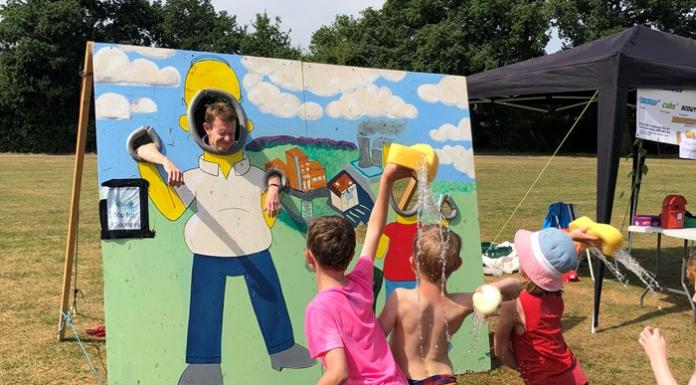 £100,000 of National Lottery funding up for grabs to celebrate community spirit in the West Midlands

Interview with Shannon K on her New Album, Perpetual

Buses Pushed by Landslide in India