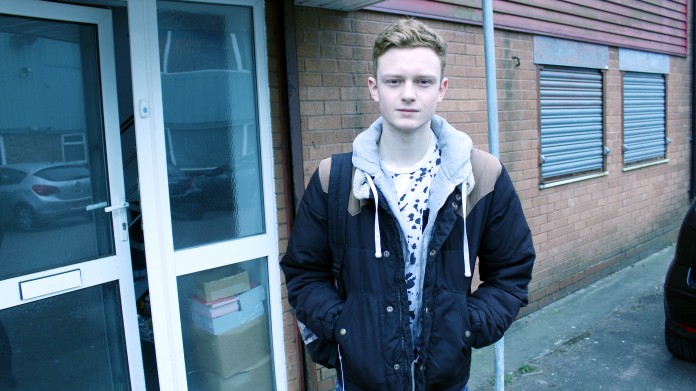 One of Birmingham’s rising political figures has lodged a formal complaint against the prevalence of homophobia within the Birmingham Labour Party.

19-year-old Luke Holland yesterday resigned his role as Youth Officer for the Hall Green constituency, citing the issue of homophobia within the Labour party, stating: “Obviously homophobia isn’t just restricted to the Labour party, but it’s so big at the moment I felt I had to raise it which I have done.”

The young role-model, who identifies as gay, announced his resignation publically via social media, claiming he could no longer keep quiet on the issue of homophobia in the Birmingham Labour party.

Holland, who had been a member of the party for less than one year, said he had attempted to address the issue with officials on several times but to no avail.

He added: “I have tried on numerous occasions to raise the issue of homophobia in the city and it has sadly fallen on deaf ears. In doing this publicly I hope the issue can be tackled.” 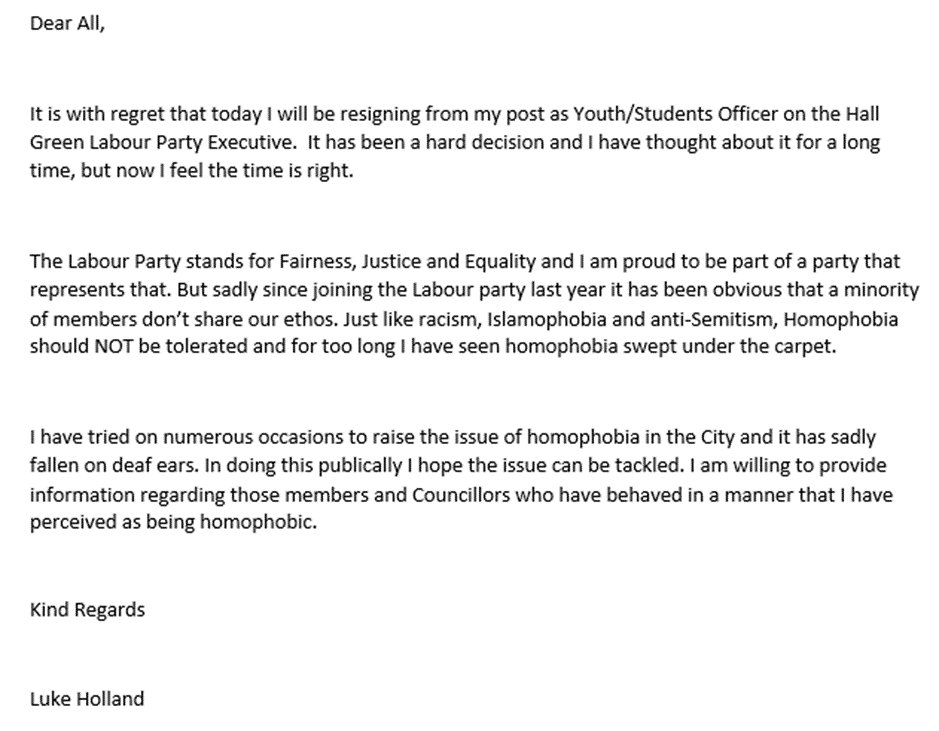 Mr Holland, who stood as an independent candidate in Mosley and Kings Heath in last year’s city council elections, is known for his ongoing efforts to tackle Islamophobia

Last year, the community-minded teen made headlines after spreading a message of peace and unity by altering Islamophobic graffiti that he came across on his way home.

He said: “I … got rid of the racially aggravating hate crime graffiti. You will get some people who will hate me but you can’t please everyone.

He went on to add: “You can’t let racism divide us. You can’t let far right groups rip us apart. I’m proud to be a Brummie.”

Holland is now appealing to City Council Leader John Clancy in hopes of addressing the prevalence of homophobia and urging the Labour leader to further investigate the discrimination within the equality-driven party.

In an interview with The Asian Today, Luke Holland touched upon his involvement with the Asian community and his efforts in tackling Islamophobia.

The teenage entrepreneur, who started his own business at a young age, explained how despite his continued efforts to support Muslim community, a majority of the prejudice he received was from councillors of Asian descent.

He stated: “Specifically in Birmingham, the homophobia has been from Asian Councillors, but if people think homophobia is limited to the Asian community then they’ve obviously never stepped out.

“I’m not saying every Asian councillor is homophobic; we’ve got some really good councillors, who … are still tackling homophobia which is really good. It’s not just an Asian issue.”

The Labour party, which promotes community cohesion and supports the integration of minorities, seem to have fallen short in their duty to support all marginalised groups by disregarding the issues faced by the LGBT community.

“The Labour party stands for equality, justice and it stand for what I believe in. It’s just [that] sadly a minority of our members don’t show the same ethos,” Holland explains.