Home Money Are the UK’s Asian Immigrants Being Exploited?

Statistics released by the World Bank suggest that over £23 billion is sent out of the UK as remittances each year through both formal and informal channels, and an increase in immigrants from financially insecure nations will only increase this figure. It’s no coincidence then that the average cost of remittances in the UK at the end of 2013 is the highest since 2009. Standing at an average of 8.40 per cent, banks and MTOs (Money Transfer Operators) are making somewhere in the region of £2 billion a year through fees and charges.
Based on recent statistics released by the Office of National Statistics (ONS) regarding the UK’s immigrant population, India, Pakistan and Bangladesh are amongst the most populous nationalities present in the UK, positioned first, third and sixth, respectively. The estimates put around 700,000 Indian, 482,000 Pakistani and 212,000 Bangladeshi-born people as living in the UK. Couple this with reports that India’s annual remittances are worth $71 billion dollars and it’s clear that the UK’s large Asian population is a potential goldmine for MTOs.
Sandeep Arora, who lives with his family in Herne Hill said “We send money to India and pay circa 1% via online banks. You end up paying more via retail shops and if sending small amounts because minimum fees apply.”
However, as Shiraz Bajina from Wembley told us “For those who do not have an Indian overseas bank account, like me, this is a quicker and easier way to send money to family back in India.
“There is definitely a huge trend of sending money to India. I have a couple of times used the services from private MTOs based in Wembley and who are a bit cheaper than Western Union.” Customers should therefore be aware of the great discrepancy between the charges different operators levy on transfers to various nations. This is of obviously of particular relevance to the UK’s immigrant population looking to send regular remittances to their home nations. Moving money from the UK to India may cost a £2 through one operator but £10 through another.

Speaking to a representative for Western Union regarding the pricing structure, we were told that, due to the large number of people making online payments to both India and Pakistan from the UK, Western Union were running special deals on these particular transactions. Essentially this means that Western Union has decided to corner the Indian and Pakistani remittance market in the UK by severely undercutting its main competitor. Indian immigrants to the UK should be aware that certain MTOs will put greater focus on different immigrant populations as a means of generating revenue. Western Union, it seems, lay claim to Indian and Pakistani customers at the expense of Eastern Europeans.

Michael Brinksman, Content Editor at offshore financial resource Expat and Offshore suggests that: “These fees can hit wealthy people hard, and the impact on newly arrived immigrants who might not initially be earning a decent wage will be particularly problematic. Indian immigrants to the UK should be aware that certain MTOs will put greater focus on different immigrant populations as a means of generating revenue by attracting lots of business. Western Union, it seems, lay claim to Indian and Pakistani customers at the expense of Eastern Europeans. The gross disparity between the costs to transfer to different nations is something that consumers need to be aware of. Don’t simply use an MTO based on the fact that it is a recognised name.

“Although fees can be drastically lower for transfers that take several days rather than a few minutes, the recipients of these remittances are often in a state where waiting a few days is not a viable option. There is a wealth of information available online, be sure to shop around or you could be out hundreds of pounds.”

What this all demonstrates is that the world of international money transfers is crammed with opportunities to lose out big time, simply by not taking the time to look around. Assuming that major MTOs will all charge roughly the same for the same service is a misguided view that could leave you and your loved ones out of pocket. 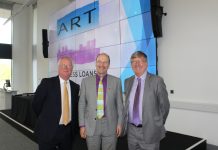 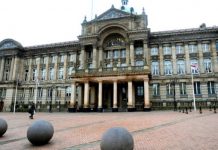 Council change their mind on £70 tax increase after resident complaints 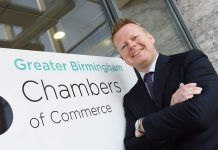 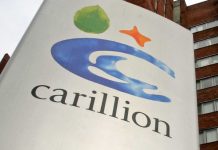 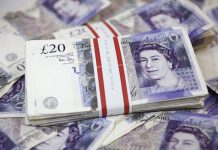 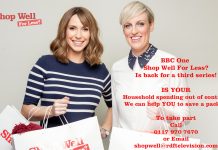 RDF’s Shop Well For Less? To return to BBC One