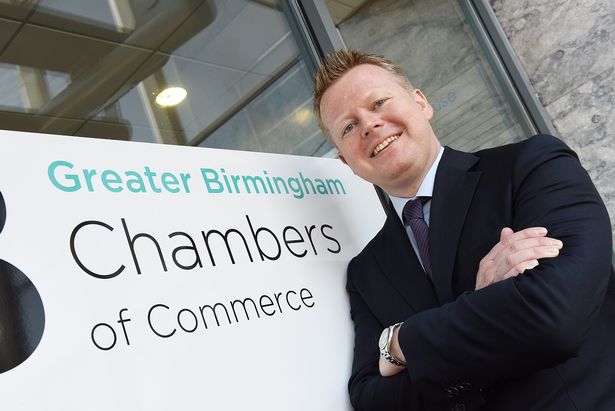 Businesses leaders in Greater Birmingham urged the Bank of England to hold its nerve following the announcement that inflation fell to 3 per cent in December.

Greater Birmingham Chambers of Commerce (GBCC) urged the Bank to hold off raising interest rates in the face of stagnant wage growth having a damaging impact on consumer spending.

The Office for National Statistics said the drop in inflation was mainly down to a fall in the prices of games and toys in December which offset a rise in air fares last month.

Paul Faulkner (pictured), the GBCC’s chief executive, said: “While it was pleasing to see the rate of inflation fall for the first time since last summer, it’s still too early to say whether we will start to see a gradual decline in inflationary pressure as the lower value of the pound is continuing to create higher import costs for UK firms.

“Furthermore, if the rate of inflation continues to hover around the 3 per cent mark for the next few months, then it remains to be seen how long the Bank of England can stave off another base rate rise especially as stagnant wage growth continues to have a detrimental impact on consumer spending.

“This is a key driver of growth in this country but we urge the Bank to hold its nerve even though it also has to look after the interests of savers.”

“From a local perspective, in our latest Quarterly Business Report there was no surprise to see that concerns over rising interest rates had almost doubled compared to the previous quarter. However, we shouldn’t lose sight of the fact that the majority of firms in the region are still expecting their turnover and profitability to go up in 2018.

“As a Chamber, we will continue to liaise with our members to gain a full understanding of how these economic developments are likely to impact the region’s output.”