Football Talk set to be a great signing 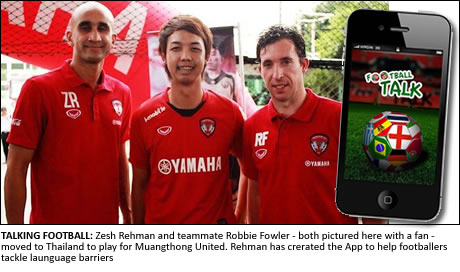 MORE footballers than ever are choosing to move countries, to test themselves on a different stage, but often find language proves to be a big problem.
That was before the launch of Football Talk, the brainchild of professional footballer Zesh Rehman, who has overcome several barriers during his career.
The 27-year-old, who was the first British Asian to play in the Premier League, moved to Thailand in December to play for Thai champions Muangthong United and found language a huge issue.
There are plenty of translation devices designed to help with basic phrases and words. It’s easy to find out how to ask where the bank is, or to understand what you might be eating but not to negotiate contracts, converse with team-mates or connect with fans.
Now though Rehman has put his experience to good use and made it easier for other players who move abroad, including former Liverpool and England striker Robbie Fowler, who has recently joined Rehman in the Thai Premier League.
“Football Talk is a great idea to help any player with the language regardless of what stage of their career they are at,” said Fowler. “It’s helped me pick up the basics a lot quicker here in Thailand than I would have so I’m lucky to have Zesh’s app at my disposal. I’m sure it’s going to help many more players in the future.”
Michael Mancienne, who is now playing for Hamburg, added: “I wish I’d had it when I first arrived in Germany. It’s made it a lot easier for me to learn key words to communicate with team-mates both on and off the pitch. Some of the other foreign players have also downloaded it and now we have good banter between us.”
The App, which costs £1.99, currently includes French, German, Portuguese, Spanish and obviously Thai. It also has a voice to teach users how to get the pronunciation right and Rehman, who has made 22 appearances for the Pakistan national team, hopes it can encourage more players to make the step abroad.
“Hopefully with this application they will find the transition a little smoother and be able to successfully translate their thoughts and communicate in the native language of their new country, to make their experience more enjoyable and rewarding,” he said.
“Throughout my career I have encountered many challenges, I have always tried to find a way over, under and around any potential obstacles.
“In the past I have overcome physical and mental barriers in the game but for the first time I was presented with a verbal one.
“After much thought and deliberation I thought of the application. It will not only help me but also future players, fans, families, coaches and agents who go from country to country to sample what the beautiful game has to offer. “
The App can be downloaded HERE and more languages and phrases will be added in due course. 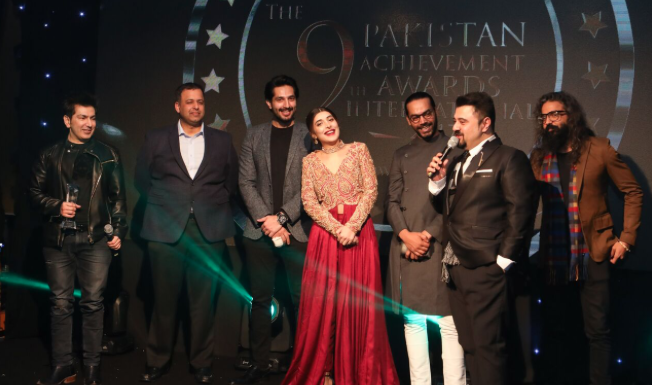 50 (entirely maybe not discreet) approaches to become some one Down

Cricketer hangs up the boots to end wonderful career