PAKISTAN are hopeful they will pass the necessary security checks to co-host the Cricket World Cup on 2011, the chief of cricket in the country has said.
The comments, made by Pakistan Cricket Board chairman Iijaz Butt, come in the wake of terror attacks against the Sri Lankan team in Pakistan.
Six policemen and two civilians were killed in the attack which left eight Sri Lankan cricketers injured.
Pakistan are due to co-host the 2011 world cup with India and Sri Lanka, but their participation looks unlikely if the ICC cannot guarantee teams and players will be safe.
“I’d expect tours to start again as soon as possible. I’d give it six to nine months,” Butt told BBC Radio 5 Live. “I definitely think that we will stage part of the World Cup in 2011.”
Butt added the Pakistan government would need to guarantee security before any international team stepped foot in the country.
“I would want us to get security to a level that would be a guarantee from my government that no such incident like this could happen again, or I will not invite anybody,” he said.
“Once I have this assurance I may then invite people to come here. But this can happen anywhere. I cannot give that guarantee, but my government can. If they cannot then we will not have cricket in Pakistan at all.” 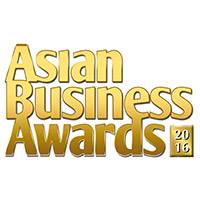 Blind No5 Barrister is appointed as District Judge

Watch out for Argentina