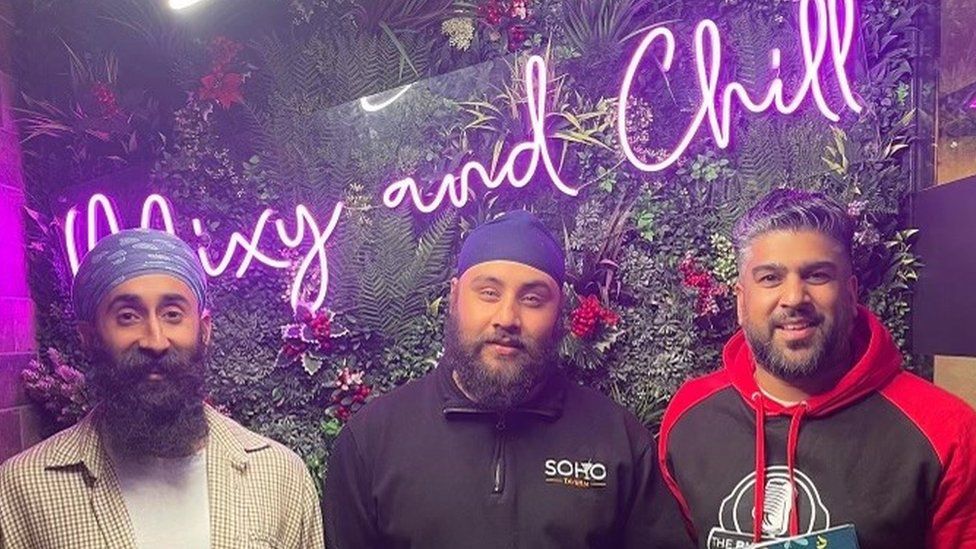 A pub chain is taking on a new scheme to help break down taboos about mental health in the South Asian community, say organisers.

The Mixy and Chill movement aims to ease access to support services and help start conversations about some of the issues involved.

“Sometimes the services are there but are very difficult to access,” said Mr Bhandal, who added the scheme was a “discrete way of allowing people to access information”.

Bar staff will also receive training in a hope that “discussions about mental wellbeing become the norm in that environment”, said Mr Bhandal.

The project has initially been launched in the Soho Tavern in Handsworth, but it’s hoped other venues will sign up, say the organisers.

“We want it to be like the fantastic work in other communities where people have trained up barbers to help people with their mental health, we are looking at places where folks might go as part of their daily life and how we can be innovative,” said Mr Singh.

The pub group’s Mikey Singh said they were responding to the “growing need” for services. “We want to help better the lives of young people and beyond,” he added.