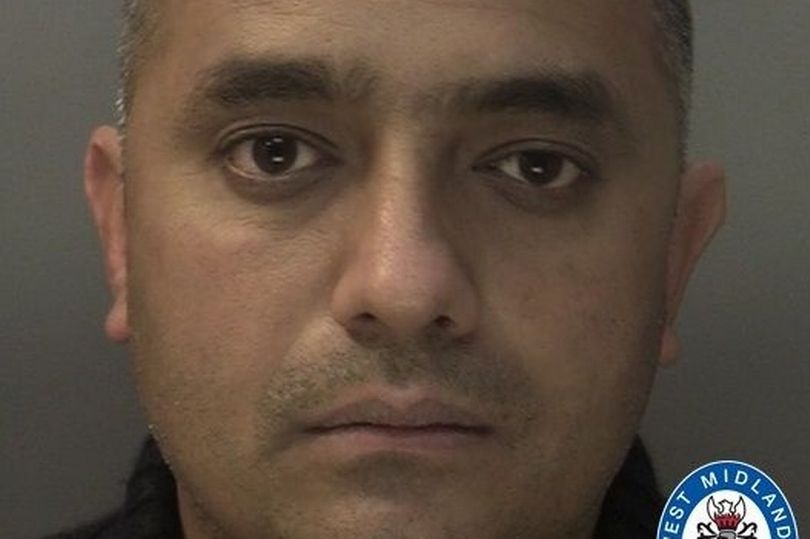 A taxi driver from Washwood Heath violently attacked his wife twice in the same day Yasir Mehmood shoved the victim’s head up against a wall, kicked her repeatedly on the floor and grabbed her by the throat during the vicious assaults.

Mehmood smothered her mouth as she tried to call for help and then ran away before being arrested. In court he denied two charges of assault but was found guilty following a trial at Birmingham Magistrates Court on Friday 25 March.

Mehmood, 39, of Warren Road, was sentenced to 12 weeks, summoning detention officers into the courtroom to handcuff and lead him down to the cells.

Prosecutor Ros Butler stated the couple’s 13-year marriage had ‘deteriorated’ in recent years adding he had been ‘aggressive’ to his wife on other occasions but she had not reported them out of ‘fear’. But things came to a head on December 8 in 2020.

The court heard how Mehmood seemed in a ‘good mood’ when he called his wife at 4pm asking for his dinner to be prepared, but when he arrived home he began shouting and shouting abuse at her.

Mr Butler said: “She was surprised and scared for what he was going to do. She tried to calm him down and said she would heat his tea up for him.”

She added Mehmood continued to verbally abuse his partner before ‘slamming’ her head up the wall causing her to collapse on the floor where he repeatedly kicked her in the legs despite her ‘begging him to stop’. A while after he ceased the attack she asked if he was sorry to which he said ‘no’.

Mehmood left for work but the next assault occurred when he ‘barged’ into the bedroom at 11pm asking what was to eat. The victim fled to the living room but he grabbed her by the hair and threw her to the floor. He then clasped his hands around her neck and squeezed his grip, said Ms Butler.

When she tried to shout to her neighbour for help Mehmood covered her mouth with his hand. Police arrived at the scene and apprehended him nearby after he had run off.

“This took place in 2020, he’s been on bail and there have been no difficulties since.”

Confirming the prison sentence would be immediate the Chair of the Bench said: “We considered a suspended sentence however it wouldn’t be appropriate in this case. The offence was domestic and happened in the victim’s home.

“It was a prolonged attack, you went away, came back and continued. You pleaded not guilty and was found guilty after a trial.”

He has been banned from contacting the victim under a two-year restraining order.