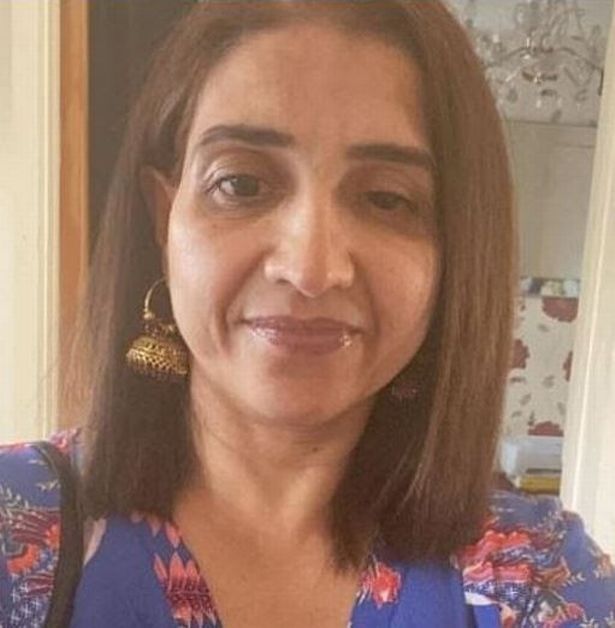 An inquest at Bournemouth Town Hall issued a warning to people vising Dorset after a Birmingham mum fell to her death at Durdle Door last year.

Tahira Jabeen 46, mum-of-five from Birmingham travelled with her 18-year-old daughter Ruqayya Hussain for their first visit to Dorset on June 14, 2021.

Tahira was wearing Crocs and tried to take the dangerous route despite warning shouts from witnesses.

Her daughter pleaded with her not to climb down the steep cliff edge and took a photo of her last moments, sending it to her sisters and captioning it: “Look what mum’s doing.”

Her daughter told the inquest: “Mum made a comment of ‘I could climb that’. I talked her out of it, said ‘don’t be silly, it’s a cliff’. She had agreed to that but changed her mind ten seconds later. “I tried to grab her, pull her away but if I had grabbed any more of her I would have fallen myself. She reassured me, said ‘I’ll be fine’ and continued to make her way down.

“I could definitely recognise the cliff as being dangerous. From where we were it did look like more of a gentle slope and maybe something my mum thought was within her limits. At first I watched her make her way down, she looked in control so I decided to walk down and meet her at the beach. I went to the stairs, I kept looking back at her. I took a picture and sent it to my sisters to say look what mum’s doing. I couldn’t see her when I got to the stairs, which made me very panicked as I realised that maybe something had happened.”

Tourist Orn Jonasar said: “They are very steep cliffs, hundreds of feet above the ground. Even going down the steps, because of the steepness, it’s not an easy process, you do have to take care. From the slope you couldn’t see the beach so I knew there must be a drop off. I wouldn’t have tried it even with climbing ropes. I shouted ‘you’re going to kill yourself’ but she had already started. There was no recognition, it was like I wasn’t there.”

Off-duty paramedic Iain Gallacher said: “She continued to zig zag her way across the cliff. At one point she lost her footing and slid down on her hands and feet for about 10ft then hit a rut and came totally down on to the beach. She landed about 10ft from where I was standing.” Assistant coroner Richard Middleton recorded a verdict of accidental death at the Bournemouth inquest.

Tahira fell from approximately 60 feet to the beach and, despite efforts from members of the public and emergency services, was pronounced dead shortly before 3.30pm.