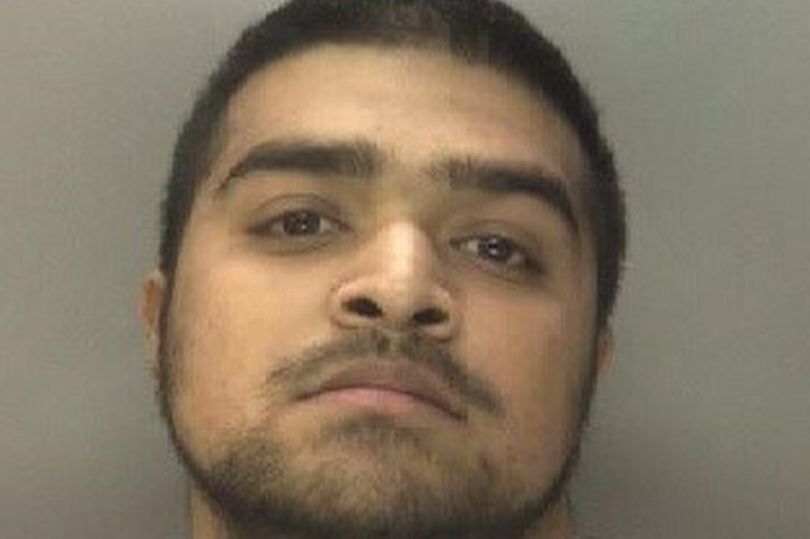 Armed offices caught a man red handed from Birmingham hiding a deadly weapon whilst having a young child living in the same block.

Khalid Khan was found in possession of a loaded handgun and crack cocaine at his flat on November 13 last year.

As National Crime Agency officers entered the premises a jacket, a packet of the Class A drugs and mobile phone were thrown from the window into the street outside.

Khan, 21-year-old was arrested after a loaded blank-firing handgun, which had been converted to fire live ammunition, in the jacket pocket.

Khan, of Bacchus Road in Winson Green, was charged with firearms and drug supply offences, which he admitted at Birmingham Crown Court in December last year. On Monday 28 February he was sentenced to nine years and nine months.

It came after a National Crime Agency investigation into a suspected organised crime group involved in supplying firearms in the West Midlands.

NCA Birmingham Branch Commander Mick Pope said: “Khalid Khan was effectively caught red handed in possession of a deadly weapon, and didn’t seem worried by the fact there was a young child living in the same property.

“We are determined to do all we can to disrupt and dismantle the organised crime groups involved in putting guns on the streets of the West Midlands. But we need the help of the public, and I’d encourage anyone with information about illegally held firearms to contact Crimestoppers or their local police