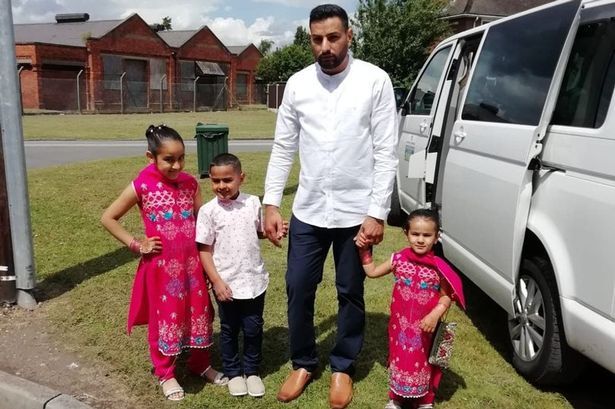 A family man was found dead in a school car park after captaining a volleyball team.

Nasir Mehmood failed to return home and his brother-in-law went to look for him and found the 36-year-old dead in his car in the car park at John Taylor Free School, in Burton, on Sunday, January 19.

His family said he had suffered a heart attack after the game.

Mr Mehmood had lived in Branston, near Burton-upon-Trent with his wife Nazia, 32, and their three children – Khadeeja, seven, Ismail, five and Zulekha, three.

His wife is currently expecting the couple’s fourth child.

“He was very fit and healthy, and he set up the volleyball team in Burton around a year ago.

Mr Mehmood, who grew up in Pakistan, was a volleyball champion in his younger years.

After moving to Burton, he set out to start up a new team.

Mrs Parveen added: “He was always looking on the bright side of life.

“He was just an amazing guy, who has left a big gap.

“Every person who has come to offer their condolences has said the same thing – he never had a bad word to say about anyone and was always himself. An outpouring of grief and sadness has hit the community.”

Mourners from all over the country attended the service, including members of volleyball teams who had played with him over the years.