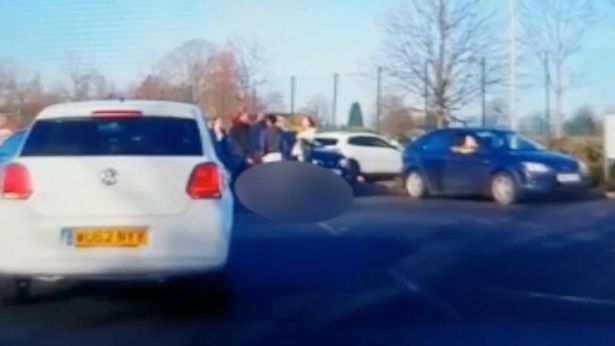 A woman was assaulted and dragged by a car in a Tesco car park on Saturday 18 January in Hodge Hill.

Members of the public gathered around a person who was lying on the ground and a Tesco employee directed passing traffic away from the scene.

A West Midlands Police spokeswoman said: “Police are investigating reports of a racially aggravated assault against a woman on a supermarket car-park on Coleshill Road, Hodge Hill, at 12pm on Saturday January 18

“A woman suffered minor injuries after being dragged along by a car following an argument.”

“One ambulance and a paramedic officer attended. We treated one woman who was given treatment on the scene before being taken to hospital for further checks.

“Her injuries are not believed to be serious.”

He said: “This is disgusting behaviour and has no place in our diverse and peaceful area.

“I hope that the police catch the culprits and bring them to swift justice.

“As a community we will not tolerate any form of discrimination and will stand together to fight against it.

Coun Mahmood added: “I pray that the victim makes a quick recovery and we will work with our partners to prevent this type of thuggish behaviour.”

Investigations are ongoing and anyone with information can contact police on 101 anytime or contact Crimestoppers anonymously on 0800 555 111.