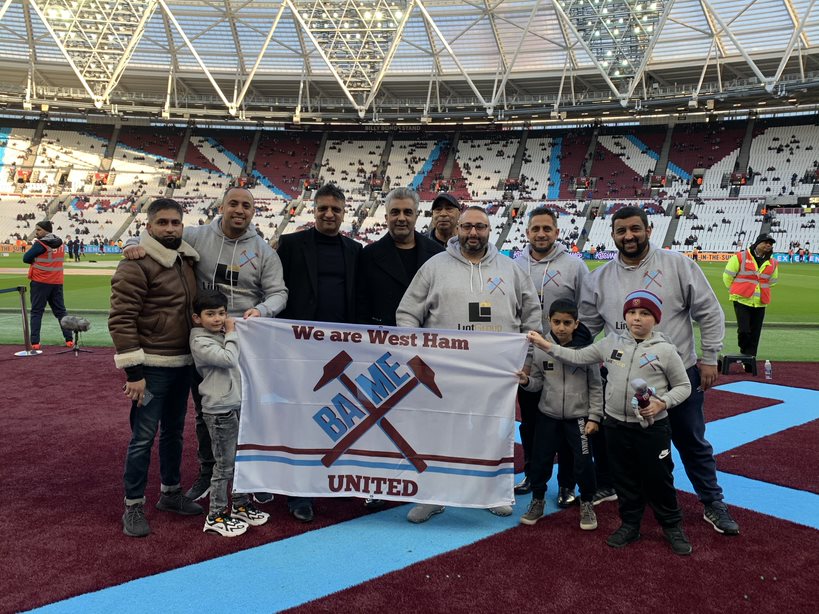 Lint Group sponsors West Ham’s Black and Minority Ethnic (BAME) Fans Group, the first ever in the UK. On Saturday 18th January BAME Hammers held a launch alongside ‘Kick it out’ day. Former professional footballer, Carlton Cole supported the launch as the West Ham BAME ambassador and is a passionate advocate of inclusivity and diversity.

Latest statistics from the annual survey 2018/2019 by the Inclusive Board Ltd indicates 40% of BAME respondents felt that their experiences in sports was negative, whereas only 14% of white British individuals felt this way. This is a huge disparity, which may mean ethnic minorities encounter more barriers with championing sports.

Nonetheless, Lint Group and BAME Hammers are committed in ensuring young people from a BAME background are provided with a range of facilities and are given a voice in Football. This is a great way to promote diversity and inclusion in sports. A key initiative is the provision of a multi-faith room, a new thought process in sports. The idea is reinforced in comms with enhanced signage throughout the London Stadium.

Lint Group has developed a culture of compassion amongst their team as their sponsorship will allow young BAME supporters to attend and recommend new concepts and facilities that will benefit them. This encourages more local children to attend and form a sense of belonging. Not only does this help by giving them an opportunity but it contributes to community cohesion.

Rizz Patel, Lint Group Managing Director highlighted; “it’s great to see that West Ham United and BAME Hammers have decided to take racism head on and combat it from within. West Ham is a great London club and to see it taking positive steps in this direction is something that Lint Group is 100% supporting. I’m glad to see BAME Hammers promote and encourage diversity and inclusion in the club”.

Sam Chand, Lint Group Managing Director emphasised “I believe helping young people from a BAME background with an interest in football is beneficial as it gives them direction and they have something to aspire to. Therefore, sponsoring BAME Hammers is a fantastic way to bring about awareness, equal opportunities and provide individuals with the facilities they need”.

BAME Hammer’s Founding Member, Sam Saleh emphasised “for BAME Hammers, we are hoping to get many local children from a BAME background involved with West Ham United and football in general. Within the next six months we plan to set up summer camps during the holidays to get underprivileged children to play football’.

It is important to encourage a broad fanbase from the local community to incorporate the values that BAME Hammers deem crucial which is – West Ham is for all and that together we are truly West Ham United. Many will feel like they are part of something greater.