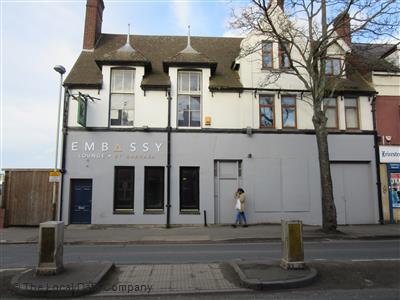 The owner of a shisha bar in Leicester has been fined for smoking in his own establishment.

Bhavik Chavda, the director of Embassy Lounge by Bharaja, was caught smoking with other men, in a shelter at the back by Officials from Leicester City Council.

When officers examined the shelter they found black polythene sheeting had been put up meaning it was too enclosed to be legally used for smoking.

Under the rules buildings and structures used for smoking, such as Shisha bars, must be at least 50 per cent open.

Council officers calculated the shelter in which Chavda was smoking was 58 per cent enclosed so they decided to prosecute him.

The council had visited the premises in 2017 and found the shelter met the requirements of the law at the time but the addition of the plastic sheeting at a later date made it illegal.

The council also prosecuted two businesses run by Chavda – the Embassy Lounge and the Bharaja Lounge which have been merged into one company – for failing to stop smoking in premises that should be smoke free.

He pleaded guilty to both charges and magistrates issued fines totalling £1,600 with a £160 in victim surcharges.

The court also ordered Chavda to pay the council’s costs of £1,779.50 in bringing the case leaving him facing a bill of more than £3,700.