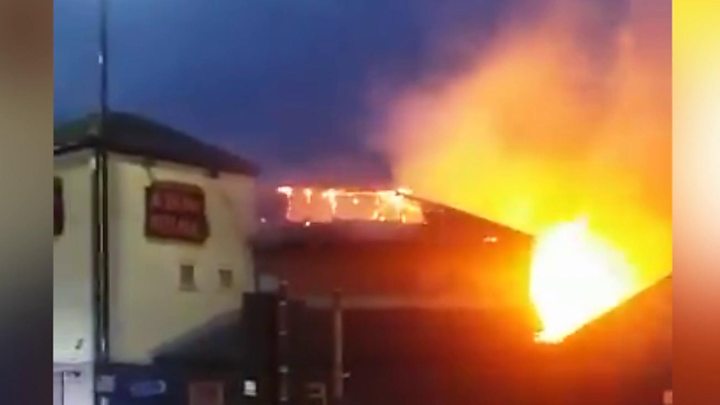 West Midlands Fire Service was called out to a blazing fire at the African Village restaurant in Perry Barr on Tuesday 14 January which was previously known as the Old Crown and Cushion pub.

West Midlands Fire Service said, “A fire which ripped through the old Crown and Cushion pub – causing massive traffic problems on one of Birmingham’s busiest commuter routes – was started accidentally”.

West Midlands Fire Service posted a tweet at 6.39am on Wednesday, January 15 to announce the results of its preliminary investigations.

The message said: “Our investigators believe the fire started accidentally, although their inquiries will continue today.

“The fire was extinguished overnight, with crews making return visits to check for any hot spots.” 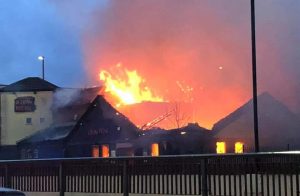 Overnight the West Midlands Fire Service’s Organisational Learning and People Development team posted an update about the after effects of the blaze.

It said: “Firefighters will remain at the incident in Birchfield Road throughout the night.

“Road access has now been opened for traffic but may be affected tomorrow.”

Witness Sophie James was walking along Birchfield Road in Perry Barr when she spotted smoke and small flames coming out of the chimney of the restaurant and said: “I’ve never seen anything go up so quickly.”

A 999 caller used the fire service’s 999eye system to send live video footage to a fire service operator enabling them to assess how many appliances should be sent to the scene.

Station Commander Lee Baker said from the scene of the fire in Birchfield Road that operations had been impeded by the inward ‘total collapse’ of the roof.

There was also congestion to the Calthorpe Arms and on the A34 back to Newtown Middleway with queues there back to Lancaster Circus for traffic heading out of city.

Councillors had previously refused plans for 55 apartments to be built on a car park next door to the African Village in Perry Barr.