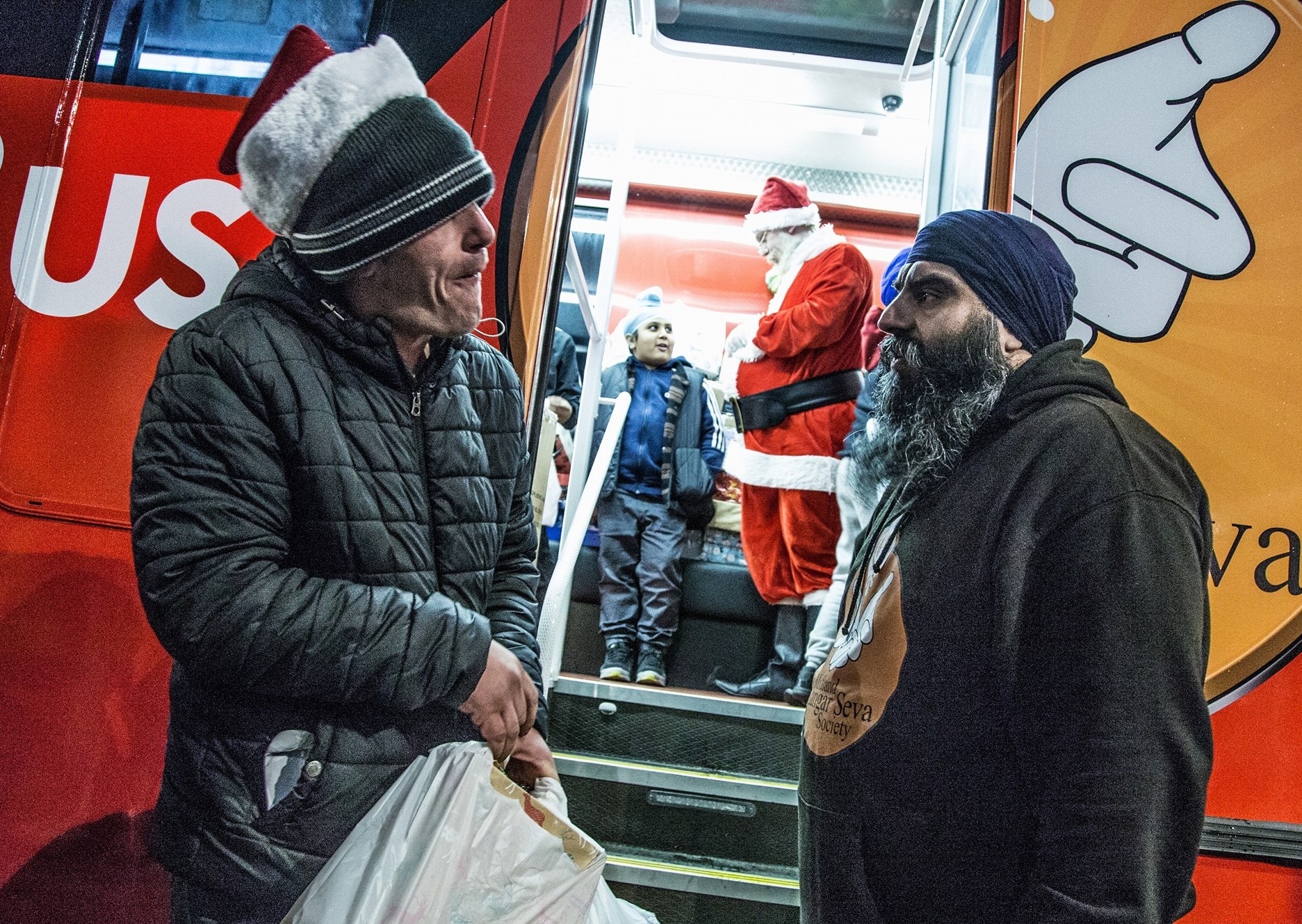 The Midland Langar Seva Society will be hosting the biggest Christmas for homeless people in Birmingham.

The charity will be taking over New Street station on Christmas Eve for those less fortunate to enjoy a hot dinner.

Network Rail are supporting the charity to increase the number of homeless people they dined at last year’s event from 200 to 250.

It will bring people together for a merry night of festive cheer at a time of the year when many feel lonely and isolated.

MLSS chief executive Randhir Singh said: “We see them on the street every year and around this time they are very moody and upset, simply because they don’t have families.

“To us they are a second family.

“It’s all about giving them happiness and feeding their soul, not just their bellies.

“It makes a huge difference, giving them a good time doesn’t really cost anything.”

Last year, there were carol singers from a Black Country choir and a performance from a DJ as well as the presence of elves and a Santa.

Round tables were covered with donated food and soft drinks, including Christmas crackers.

Randhir said: “It was a bit of a party atmosphere.

“They were dancing away full of happiness.

“To be honest I got to have a little dance as well.”

Last year’s packed event meant they could not seat everybody and some people had to eat outside or take their food away. 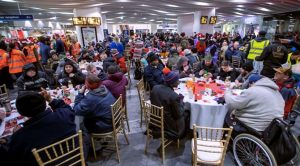 Dal Padda from MLSS said: “It was a shame they could not experience what the others did inside.

“The atmosphere was amazing, there was just this buzz of happiness and that Christmas feeling.

“In the station everybody was seated and they were treated with respect which is what everyone deserves.”

On other days MLSS have around 10 volunteers so don’t get the chance to interact with their service users on a one-to-one basis.

But with the amount of people that volunteer to help with the New Street dinner, it allows them to sit down and have a meal with the guests.

Randhir said: “Seeing people enjoy themselves that’s what it is all about.

“We make sure everybody gets a gift each.

“Last year we were giving presents to service users throughout the whole week, we did actually spoil them.”

People donate a range of practical gifts like clothes, toiletries, perfume and trainers.

MLSS feel that encompassing other people’s religions and faiths is important and the charity has volunteers from all different backgrounds.

Dal added: “They were over the moon, they really enjoyed it.

“Being part of that family atmosphere celebrating a Christmas meal.

“You have a good conversation with them by sitting down and having a meal, you engage with them for a longer period of time.”

They are out on the streets of Birmingham every evening on Carrs Lane, providing food for those in need.

Randhir wants people to get more involved throughout the year.

He said: “Take time out and get involved, it’s not about money.

“If you just chat to these people it makes a difference because a lot of people are suffering from mental health issues.”

Last year led to the introduction of 45 other MLSS teams across the country.