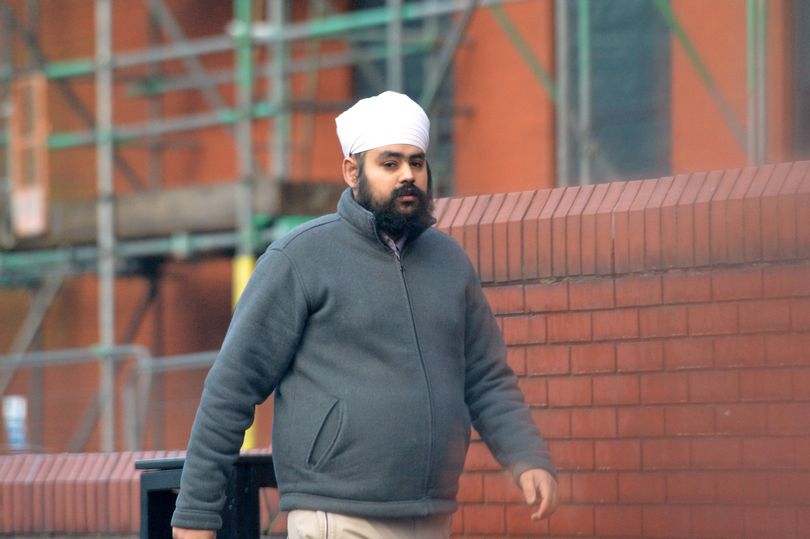 A fraudster who tricked a house buyer in depositing a large sum of money into a money laundering account has been jailed.

The fraudster carried out the scam by accessing the email account of the victim’s conveyancing solicitor and a sent bogus message giving him details of where to send the payment.

The victim thought he was carrying out the solicitor’s request and paid £55,000 deposit into the bank account Surjan Roopra.

Roopra wasted no time spending thousands of pounds at John Lewis, Apple, Next, Debenhams, ASOS, and sent some cash overseas.

Leicester Crown Court was told that failed businessman, Roopra, of Darien Way, Braunstone, Leicester, was recruited to launder the money by an associate of someone he met at a temple.

Expecting to exchange contracts on May 4 last year, the victim received an email purporting to be from his solicitor requesting he send the £55,000 deposit to a different account number.

The next day he spoke to the solicitor, who said no payments were received and she knew nothing about their supposed email exchanges regarding a change of bank account.

Mr Bannister said: “There was concern at (the lawyer’s firm) that their emails had been hacked and information obtained to persuade their client to part with £55,000.

“The solicitor asked the client to forward the emails to her, so they could be checked but when he tried to forward them they simply disappeared from his inbox – automatically deleting themselves.

“The police were then contacted.”

The missing money was found to have been paid into the defendant’s Leicester furniture business account.

A number of transactions were made from there – including Roopra making payments for debit and credit card expenditure and to other accounts as well as well known high street outlets.

There was £9,468 still in his account that was recovered.

The prosecutor said: “Some payments from the defendant’s account went to overseas accounts, some of those in India and there was a transaction with Nigeria.

“The Crown’s view is the defendant played a part in what appears to be an almost worldwide set up in which the solicitors were targeted and emails hacked.

“It might be suggested the defendant was no more than a money mule, but bearing in mind how much was retained for his own purpose, it’s clear he had much more involvement.”

In a personal impact statement the complainant said: “It was a large amount of money to lose.

“I feel emotionally drained, not only due to the loss of the money but by being left in limbo for weeks about whether the bank would be able to recover any of the money – no-one contacted me.

“It’s had a big impact on the family.

“We were due to move in the summer holidays so the children could be settled for school in the new term.

“We’ve had to find another £55,000, borrowing some money from parents to bridge the shortfall.

“We’re lucky our family were able to help or we couldn’t have bought the house.”

The victim said he felt “a lot of anger” towards the perpetrators and added: “I don’t understand how they were able to do this.

“It’s caused arguments between myself and my partner, particularly because it’s a lot of money to lose.

“Buying a house is stressful enough without this happening.”

He said he now found it difficult to trust people.

The victim said: “I didn’t know where to turn when I found out it was all a scam and the whole process of reporting it was very stressful.”

Passing sentence, he said: “A solicitor’s email account was hacked and those involved were contacting the client regarding a property purchase, resulting the money being diverted into your account.

“You say you were used by the group; used by bigger players than yourself.

“You were part of this group and there were others who also benefited from this fraud.

“But you, on your own version of events, were going to take 25 per cent profit.

“It would have involved significant planning.

“You are of previous good character.

“I’m told you were unable to run your business successfully, which was why you became involved in this fraud – and you’ve now gone back to working in a factory.”

Luc Chignell, mitigating, said: “It all came about because of debts with his legitimate furnishing business, which was in financial dire straits.

“The money mainly went to his business to pay his bills.

“He’d been to the temple and told another individual about his difficulty and that person said they knew a way to get money.

“He didn’t know the level of detailed and complex computer programming behind it; he was simply a furniture salesman.

“He only had contact with a couple of people, he wasn’t involved in any planning and played a small role in a much larger operation.

“His inability to run his own business brought the worst out of him and he now does shift work in a factory.

“He has held an important role at the temple, where he’s been a regular since 2008.”

Mr Chignell said a reference from the temple spoke well of the service he has given to the Sikh community.

He said: “He’s sought to do what he can to rectify this.

“He knows he’s brought shame upon his family.”

Roopra was jailed for 18 months.

He now faces a proceeds of crime hearing, when the court could confiscated any assets he may have.