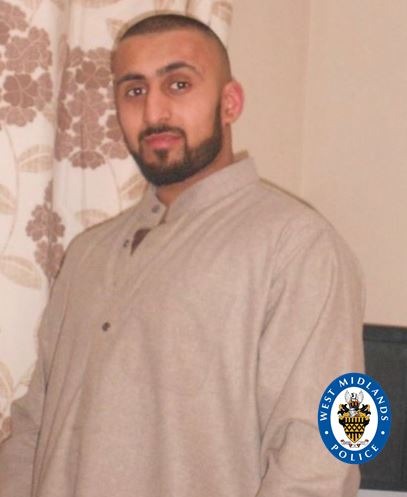 The mother of Mazammal Mahmood Butt who was stabbed to death on Sunday 17 November has paid tribute to her son.

Mr Butt, 27, who was known as Zammy was found with fatal stab injuries in Lozells Street just before 3.30pm.

Sajeda Butt has released the following statement: “Our Zammy was the most loving and caring person you could ever meet.

“He was kind-hearted, charismatic and a loving son, brother, husband and friend.

“He was the type of person who would always put others before himself.

“He was, and still is, the life and soul of our family and we are lost without him.

“He was brutally taken from us before his time. At 27, he had the rest of his life ahead of him.

“We thank our family, friends and the whole community for the love and support they have given us at this difficult time.

“Now we ask that we are allowed to grieve as a family in private and ask that everyone respects our wishes.”

Two people, Mobeen Shahzad from Lovells and Sheridan Fitzsimmons from Highgate were charged with murder and appeared at Birmingham Crown Court this morning, (Thursday 21 November). They were both remanded into custody awaiting a trial next year.