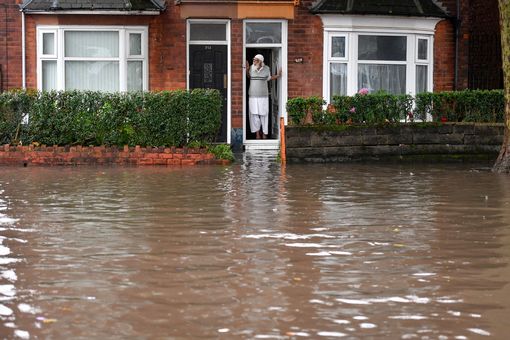 The heavy rain and downpour had emergency services rescue a number of drivers on October 1 across parts of Birmingham City.

Areas of Birmingham had severe floods, including Alum Rock and Ward End, leaving some drivers stranded.

There are three flood alerts in the West Midlands, covering the River Arrow and Alne, near Studley; Blythe Bridge, Solihull, and the Middle Tame, where flooding is affecting low-lying land and roads adjacent to the River Tame between Horseley Heath and Castle Vale and the Ford Brook between Walsall and Bescot.

The Met Office said there could be ‘danger to life’ flooding – and disruption for drivers, public transport, electricity and other services.

In addition to the 80 flood alerts in force, the Environment Agency has also issued 194 flood alerts – where flooding is not expected but possible across the UK.