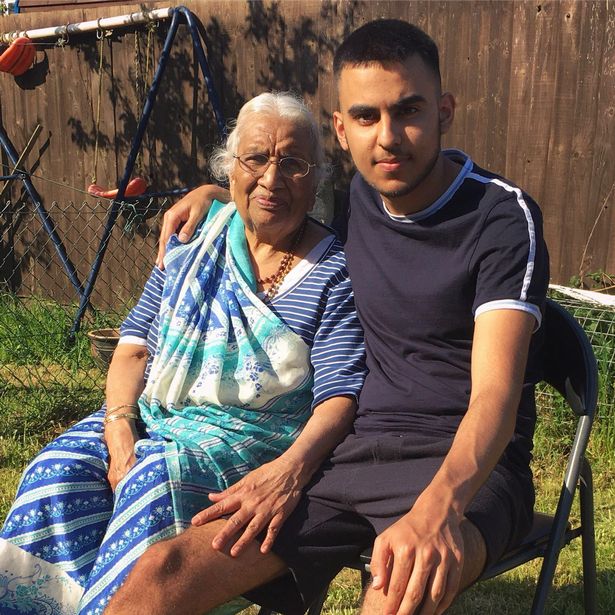 Teenager Cameron Patel is raising awareness around bone marrow donation after suffering from Leukaemia for the the second time.

The 18-year-old from Knighton, Leicester was sent tor to have a blood test and his life changed completely.

Cameron was in A&E with a dangerously high heart rate when he got the results from that test.

He had leukaemia and was rushed straight to the teenage cancer ward.

“When I found out – you know how people say time slows down? – well it really did slow down, and I couldn’t speak,” Cameron told LeicestershireLive from his bed at Leicester Royal Infirmary.

“I just looked at my dad, and he looked at me, and said that everything would be alright.”

He spent the majority of the next five months in hospital where he received chemotherapy that left him weak and bed-bound for days at a time.

After months of treatment that was both mentally and physically draining, the teenager went into remission in February this year.

When Cameron was given the all-clear, he left the hospital feeling “optimistic and ready to move on with his life”, he said.

He had been told that the chances of him relapsing were slim.

“I did a big thing of telling all my mates I was cancer free. We all celebrated and went out for dinner.

“I was back to living my life. I went clubbing a few times with my cousins and everything was back to normal.”

Earlier in June, after catching a cold, Cameron now 19, started to get chest pains, as well as other worrying symptoms.

It was not long before he was told by doctors that the leukaemia was back.

“This time it hit quite hard, because you know what you’re about to go through,” he said.

“You know what it is to go back to normality, and then to get that taken away from you again is just quite horrible.”

Cameron, whose father is of South Asian heritage and mother is white, is now in desperate need of a potentially life-saving bone marrow transplant – but doctors are struggling to find a suitable match due to his dual heritage and the shortage of donors of similar ethnic background.

Cameron has issued a heartbreaking plea for anyone willing to sign up to become a potential lifesaver to do just that.

According to the Anthony Nolan charity which supports people suffering from blood cancer,  only 20 per cent of BME (black and minority ethnic) patients find the best possible match from a stranger. The figure for the wider population is 69 per cent. 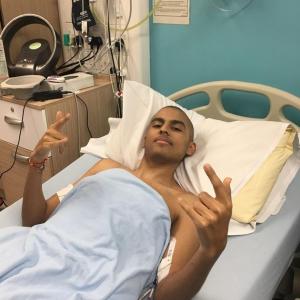 Cameron praised his friends and family for the constant support they have given him.

“All of my friends have been so supportive, they’ve been here no matter what I need, if my family needs anything they’re there – they bring food, clothes, everything,” he said.

“My friends have been lovely.”

He has shared a plea on social media in the hope of reaching people who would be willing to become marrow donors, and received a huge response.

The post was spotted by Nick Hodges, the founder of the Bodie Hodges Foundation that supports organ donation and families suffering bereavement.

Nick also happens to be Cameron’s former PE teacher from Lancaster School for Boys, now known as The Lancaster Academy, in Knighton, Leicester.

He is now hoping to spread awareness across Leicester and reach out the BME community to join the donor register and find out if they are a potential match.

“If I can use my profile to spread awareness and generate support then I will 100 per cent do that. I hope all goes well for Cameron.”

You can help Cameron by joining the bone marrow donor list through a number of charities including the Anthony Nolan charity or the German Bone Marrow charity, which is supporting the teenager’s plea on social media.