Home Latest BLINDED BY THE LIGHT HAS UK GALA SCREENING 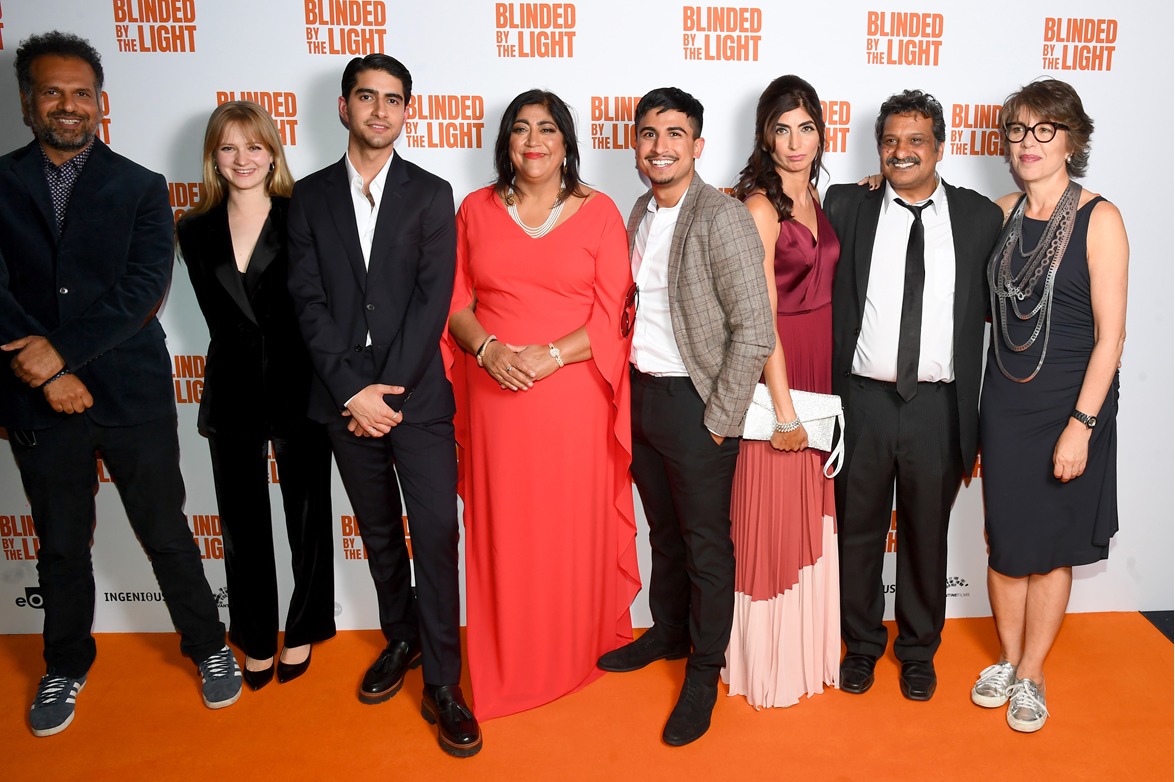 Blinded By The Light, directed by Gurinder Chadha, celebrated its UK Gala Screening on Monday 29thJuly, at the Curzon Mayfair in London.

Gurinder Chadha and writer Sarfraz Manzoor, whose life the feel-good film is based on, graced the custom orange carpet, alongside the stars of the film, including Viveik Kalra, Nell Williams, Kulvinder Ghir, Meera Ganatra and Aaron Phagura. Other star guests on the night included Archie Panjabi, Sonali Shah, Laura Whitmore and Punjabi music icons Heera, whose music features in the film.

Released in the UK by Entertainment One, Blinded By The Light is set in 1987, during the austere days of Thatcher’s Britain. The film is a joyous, coming-of-age story about a teenager who learns to live life, understand his family and find his own voice through the words and music of Bruce Springsteen and is inspired by British journalist Sarfraz Manzoor’s memoir, “Greetings From Bury Park”. Blinded By The Light also features music from Oscar-winning music-maker, AR Rahman.

Blinded By The Light opens nationwide on August 9th