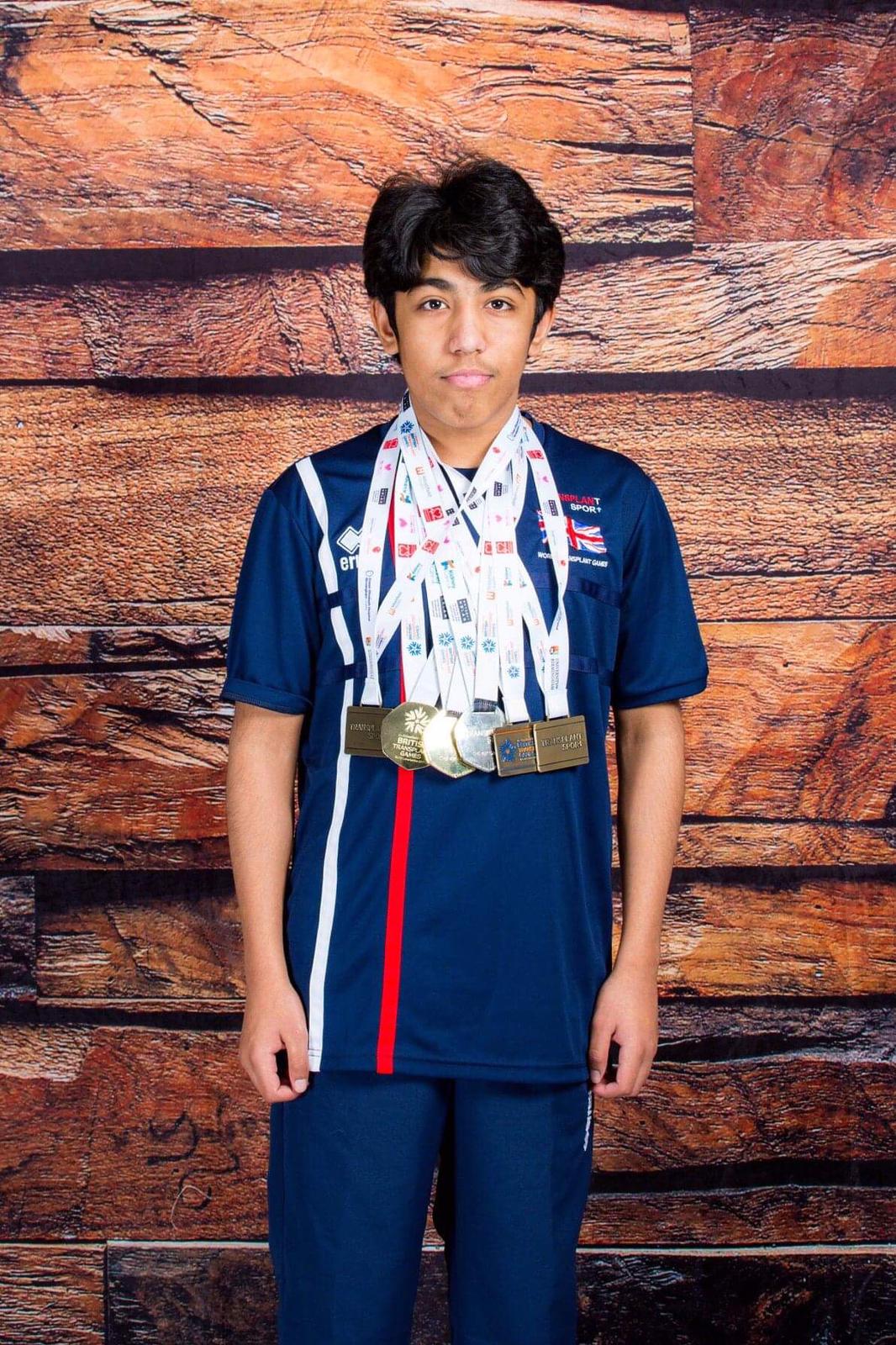 An athlete from Birmingham has received the vital funding he needs to take part in the World Transplant Games 2019, which take place in NewcastleGateshead from 17-24 August 2019.

Saad Abdul Qayyum is one of four funded athletes selected to compete for Team GB after receiving transplants and previously competing in the annual British Transplant Games. Team GB will be going head to head with teams from 60 countries across the world, in 17 sporting events.

Saad Abdul Qayyum, age 15 from Birmingham was diagnosed with a rare kidney syndrome at five months old. Until the age of 4, Saad was in and out of hospital having treatment three or four times a week. Saad was so poorly that though his kidneys began to recover, he needed a liver transplant. He became the first person in the world to have the surgery as a result of his syndrome. Saad has been swimming competitively at the Games since 2010 and is hoping to swim to victory this summer in Newcastle.

The World Transplant Games takes place in different countries each year and attracts over 2,000 athletes from across the globe. Transplant Sport is the largest UK charity devoted to raising awareness of the benefits of organ donation and the importance of exercising and leading a healthy lifestyle post-transplant.

Team GB is the biggest team taking part in this years’ World Games but competing doesn’t come without a cost. It can set athletes back anything from £300 to over £1000 each to compete.

This year, the Donor Family Network (DFN) is supporting these four athletes financially, gifting them the funds they need to take part. DFN was set up by Transplant Sport Trustee David Nix, after losing his daughter in a road traffic accident and donating her organs which improved the quality of life for 74 people.

David said: “Since I set up Donor Family Network, I have been working with Transplant Sport on encouraging sign-ups to the organ donor register and promoting the British and World Transplant Games. We are absolutely delighted to be in the position to be able to help these four young people compete at such a prestigious event and join them in celebrating the gift of life that they have been given by families that had to make the same decision as me.”

Paul Harden, Chair of Trustees for Transplant Sport, said: “Hosting the British Transplant Games each year helps us to engage a huge audience of people at a critical time for organ donation. With 6,000 people currently on the transplant waiting lists and the upcoming change to an opt-out law, it’s more important than ever that people have the conversation about organ donation with their loved ones.”

“We’re immensely proud to have been a part of bringing the World Transplant Games to the UK this year and are hoping for a successful event for all of our competitors. The Games play such a key role in raising the profile of organ donation as an issue in the UK, giving athletes access to peer support and encouraging them to enjoy healthy, active lifestyles after their transplants.”

For more information on Transplant Sport and the British and World Transplant Games, visit:  transplantsport.org.uk