Home Latest Up To 800 attended the Funeral of Abdullah Muhammed

The funeral of Abdullah Muhammad who murdered in a Small Heath Park took place on Wednesday 27 February and up to 800 mourners attended. 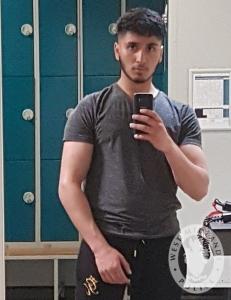 The 16-year-old student was described as a “well mannered” with “potential” and was laid to rest exactly a week after he was fatally stabbed in Sara Park, Herbert Road.

Abdullah’s friends, family and the community attended the solemn ceremony at Green Lane Mosque, in Small Heath, just before 1pm

Kamran Hussain from the mosque- which has been supporting his family- said around 700 – 800 mourners had attended his funeral.

Earlier, he said: “Abdullah Muhammad was a student at Green Lane Mosque and Community Centre (GLMCC) where he had registered in January 2019 with his younger brother and father to attend evening classes in Green Lane’s educational Institute.

“He had only recently started attending classes for the new term where he was studying the memorisation of the Holy Qur’an (Hifz).

“GLMCC has been truly saddened by the news and the needless loss of yet another young life on the streets of Birmingham.

“Members from the mosque and community centre including the Head of Education visited the family to pay their condolences on Saturday morning.

“The teachers commented on Abdullah being a very well-mannered young man with ambition and potential.

“This is an immense loss for the family and we pray that Allah (God) grants them patience.”

A 15-year-old boy, who was assaulted, suffered minor injuries and was treated at the scene.

Deputy Chief Constable Louisa Rolfe said: “We’ll be leaving no stone unturned to find those responsible and bring them to justice.

“You’ll see a very robust policing response that‘s sensitive to the fears and concerns of our local communities.

“Our thoughts remain with Abdullah’s family, friends and the local community in Small Heath.”