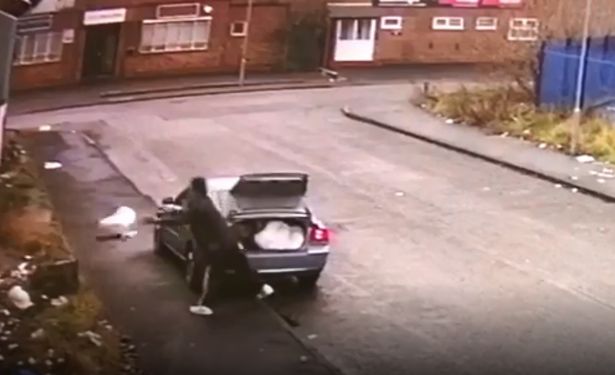 A fly-tipper was caught dumping a pile of used nappies, food and rubbish in a West Bromwich street before fleeing the scene on CCTV footage.

The man who has not been named was seen pulling up in a silver car on Barlow Drive, West Bromwich, and throwing bags onto a grass verge on Boxing Day.

Sandwell Council’s Environmental Protection Team racked down the man from his vehicle registration and issued him with a £400 fixed penalty notice.

Councillor Elaine Costigan, cabinet member for public health and protection, said: “This was a disgraceful incident of fly-tipping that was caught on camera in broad daylight.

“We’re grateful to the individual who reported this incident and helpfully uploaded the video footage to our MySandwell portal – where people can report fly-tipping and provide any evidence they have on who may be responsible.

“Every penny that we have to spend cleaning up after people who dump rubbish could be spent on other services.

“There’s no excuse for it – the tip is open every day, we have weekly bin collections in Sandwell and we provide an excellent bulky waste collection service.

“We’ve now issued 115 £400 fines for fly-tipping in Sandwell over the past 18 months or so. We won’t tolerate this and if we catch you, expect a big fine in the post.”