Home Local TRIPET GARIELLE, MOST TALKED ABOUT SINGER OF 2019 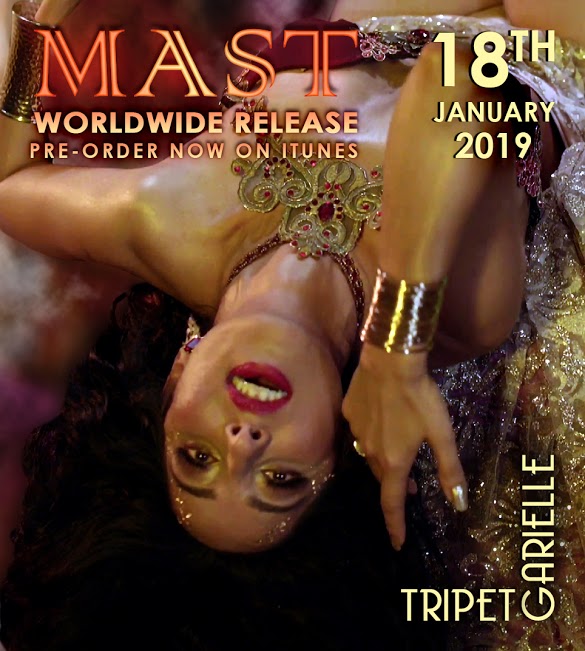 THE ASIAN ARIANA, TRIPET GARIELLE, IS SET TO BE THE MOST TALKED ABOUT SINGER OF 2019 AS SHE STARTS THE NEW YEAR WITH A BANG WITH HER NEW SONG

A new era of Tripet has arrived – the star has reinvented herself once again. Her latest single, ‘Mast’,is set to be released on January 18th 2019 and we’ve been hyped ever since the superstar started teasing its name and concept! All it takes is one look at the music video to see where Tripet is going this year. What makes this even more exciting for fans is that this marks the first single from her second studio album, releasing mid-2019.

Over the past few years, Tripet, known for her soulful voice, has taken the music industry by storm with her strength and prosperity, which has earned her a strong and dedicated fan base around the world in a short span of time.

‘Mast’ marks Tripet’s first new piece of music since the release of her successful debut album in 2018, ‘Love Was My Idea’, and the worldwide success of her singles, ‘Kho Jaaoon’ and ‘Woh Pal’.

Tripet is once again working alongside Bollywood producer Atif Ali, who has worked with Atif Aslam, Rahat Fateh Ali Khan and other Bollywood singers.

Talking about working with Atif Ali, Tripet says: “After 2 months of serious deliberation to find my very own signature style, when Atif played the music to ‘Mast’, I remember thinking this is me, now I have found my signature sound. I loved it. Even though ‘Mast’ was only in its early stages of song writing, there was a certain cheekiness in it that excited and inspired me. I feel like I’ve finally found me.”

In the coming months, fans can expect amazing fresh new material from the star as she moves towards publically announcing the release date of her second album, with a few more singles being released prior. 2019 looks promising for Tripet after she releases ‘Mast’, especially as she continues to work at her craft to achieve her dream of becoming the number one Asian Female Singer in her genre.

‘Mast’ is set to be Tripet’s most talked about music video, which is glamorously directed and produced and features her showing off her impressive vocal range, portraying the power trips of a man and woman and the joining of their power in the name of love.

With Tripet being touted as the next big Asian superstar of the future, she said: “I’m blown away by the response my music is getting and ‘Mast’ is taking my musical career to a whole new level.”

‘’Singing is not just a dream but a desire to achieve my dreams to sing in the language of Bollywood – it’s just more poetic” reveals Tripet.