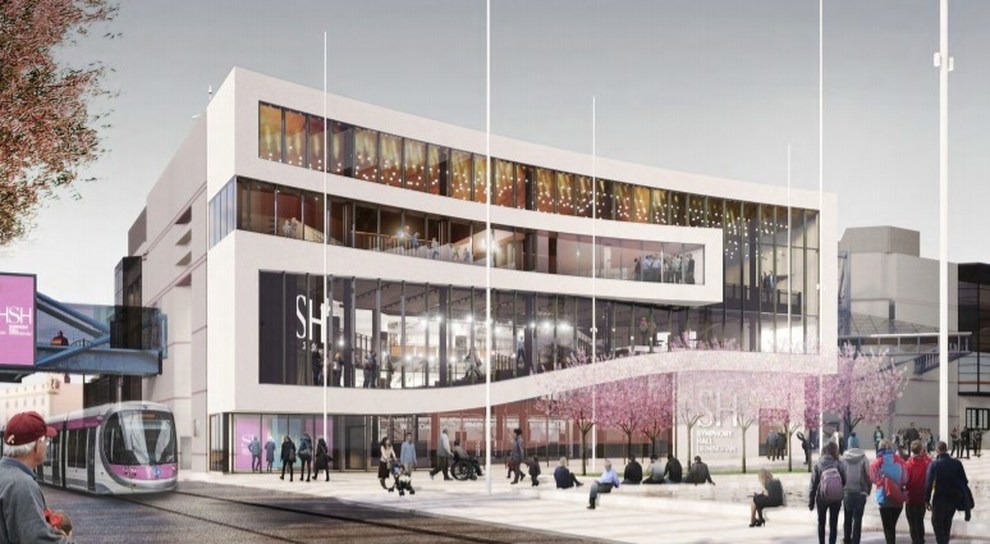 New images have been revealed to show a £12m revamp of Birmingham’s Symphony Hall.

Plans have been submitted by Performance Birmingham Ltd, which runs the concert venue to Birmingham City Council for the £12m face lift for Symphony Hall.

The plans would see the current wall facing Centenary Square demolished to make way for a new glass façade with a dedicated entrance to Symphony Hall as opposed to the one inside The International Convection Centre (ICC).

The extra space around Symphony Hall would accommodate new bars, corporate hospitality suites, learning and education spaces with the box office to be relocated. There will be newly designed toilets and cloakrooms which will be a part of the extra spaced created by the revamp.

Performance Birmingham Ltd hope that the project is completed in time to host the Conservative Party Conference in 2020. However, plans state that the venue will remain open during the construction period.

Designers Page/ Park Architects, which have come up with the new scheme, stated that the venue lacks its own identity ‘with the monochrome and corporate feeling circulation and public spaces’ of the ICC. For an arts space which showcases performances should be bright and vibrant which the new revamp would show.

They also described the current foyers as ‘tired’ and in need a of a ‘refresh’.

It is hoped the ‘modest’ extension would help generate more money amid proposals from the authority to reduce grants to the arts sector by £1m a year.