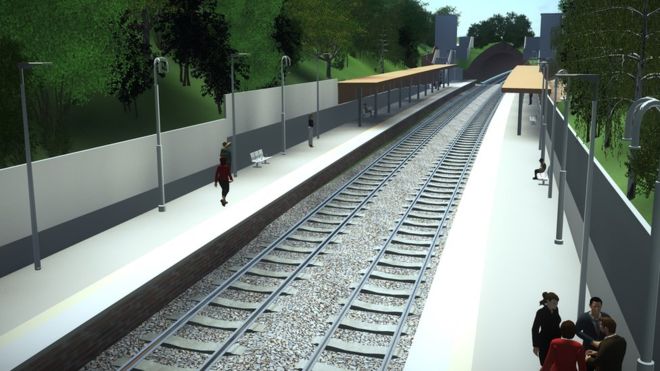 Campaigns for three new rail stations in Birmingham have moved a step closer after a £40 million project was revealed due to Increasing demand.

Under plans, the Camp Hill line, Birmingham would reopen to passenger services for the first time since the Second World War.

It would initially have stations at Moseley, Kings Heath and Hazelwell, running trains through South Birmingham.

It is anticipated the line would offer an alternate route to commuting on the congested A435 Alcester Road.

If approved, construction work would start in 2020, with a view to opening the stations by the end of 2021.

They are working together on the track, signalling and service changes that are required.

The first service from the three stations is expected to be two trains an hour into the city centre, with journey times of about 15 minutes.

West Midlands Mayor Andy Street was joined by Transport Secretary Chris Grayling for a tour of the Moseley site on Wednesday.

Mr Street said: “Congestion from this part of the city into the city centre is one of the huge drawbacks for what are otherwise thriving areas.

“Undoing the rail closures seven decades ago will be a huge step in tackling both congestion and the clean air challenge we all face.”