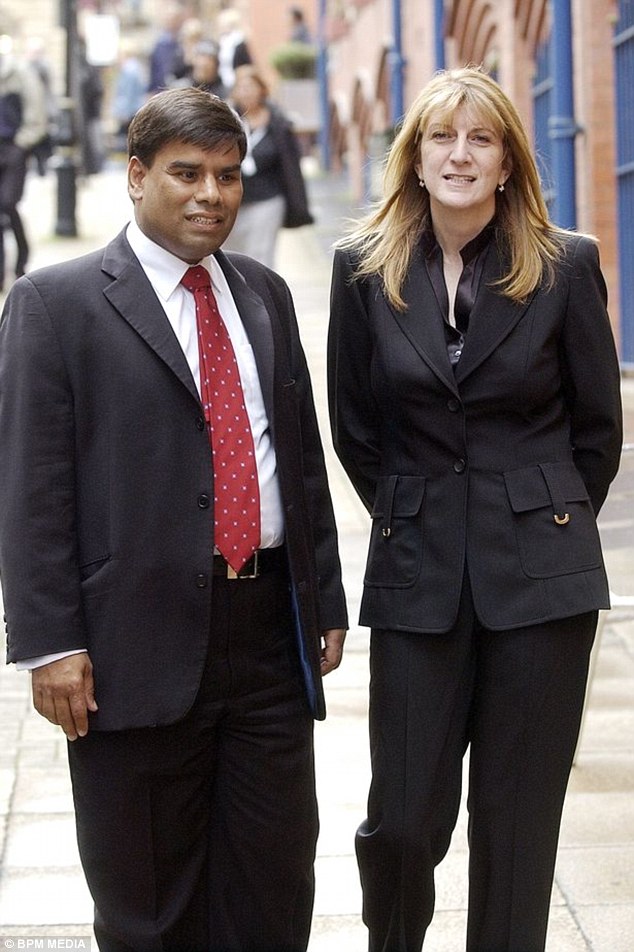 A Birmingham Labour MP has been accused of paying off his Jewish Parliamentary assistant with taxpayers’ money after she accused him of religious discrimination.

Khalid Mahmood, MP for Perry Barr, was taken to an employment tribunal by his former lover and assistant Elaina Cohen but the case was settled out of court.

During his relationship with Miss Cohen, Mahmood 57, was criticised for claiming nine nights at a luxury hotel in Kensington costing £1,350 in 2009.

The expenses watchdog Ipsa, the Independent Parliamentary Standards Authority, has now come under fire as it is revealed the transparent expenses system can be used to fund secret gagging orders.

During the tribunal he was also granted nearly £37,000 from Ipsa to pay staff covering for Miss Cohen.

Disputes of religious discrimination first surfaced when Mr Mahmood disciplined Miss Cohen after she called another Labour MP, Naz Shah, an ‘anti-Zionist’ in a tweet in 2016.

Mr Mahmood suspended his former lover and began an internal disciplinary process against her.

Her religious discrimination claim was settled out of court in 2017.

Although Miss Cohen, 60, is bound by the gagging order and unable to discuss the detail of the case, she criticised Mr Mahmood’s use of taxpayers’ cash to fund his legal case.

She said: ‘I complained to Ipsa several times on the unfairness of substantial public funds being used. Ipsa should not be funding MPs in actions against their members of staff.

‘We’re in the middle of an anti-Semitism storm, and I had two years of hell over two tweets trying to bring it to the party’s attention.’

Sir Alistair Graham, the former chairman of the committee on standards in public life, called for more transparency in the expenses system.

‘If public money is involved, there should not be secret deals like non-disclosure agreements used to resolve staff issues,’ he told the Telegraph.

‘This is about transparency. Both the public and Mr Mahmood’s constituents should be able to see how he has come to spend so much public money.’ Mr Mahmood told the Telegraph last night: ‘There was an agreement that was signed which forbids me to go into any details in relation to [the case].

‘This is not an expense which is unwarranted. Part of the problem with this is it puts all the burden on Members of Parliament, without having any real support to deal with this sort of situation, when such an issue arises with staff in offices.’

He added that Ipsa was ‘fully aware’ that the money was to deal with his discrimination case and its subsequent costs.

Although full-time Parliamentary assistant jobs have a salary of £31,000, Mr Mahmood spent nearly £37,000 on the part-time cover – including an £8,016 overspend – according to the Telegraph.

A spokesman for Ipsa told the newspaper yesterday: ‘MPs may apply for a contingency payment for costs which are not covered by the [MPs’ expenses] scheme or where they expect to exceed a particular budget.

‘Applications are considered by the Contingency Panel who assess whether there are exceptional circumstances warranting extra support.’

In relation to Mr Mahmood’s £8,016 overspend, Ipsa refused to say whether it would, or had, taken any action against him for the nine-month delay to repay it.