Home Latest Car crashes into ambulance on A38 after driver falls asleep at the... 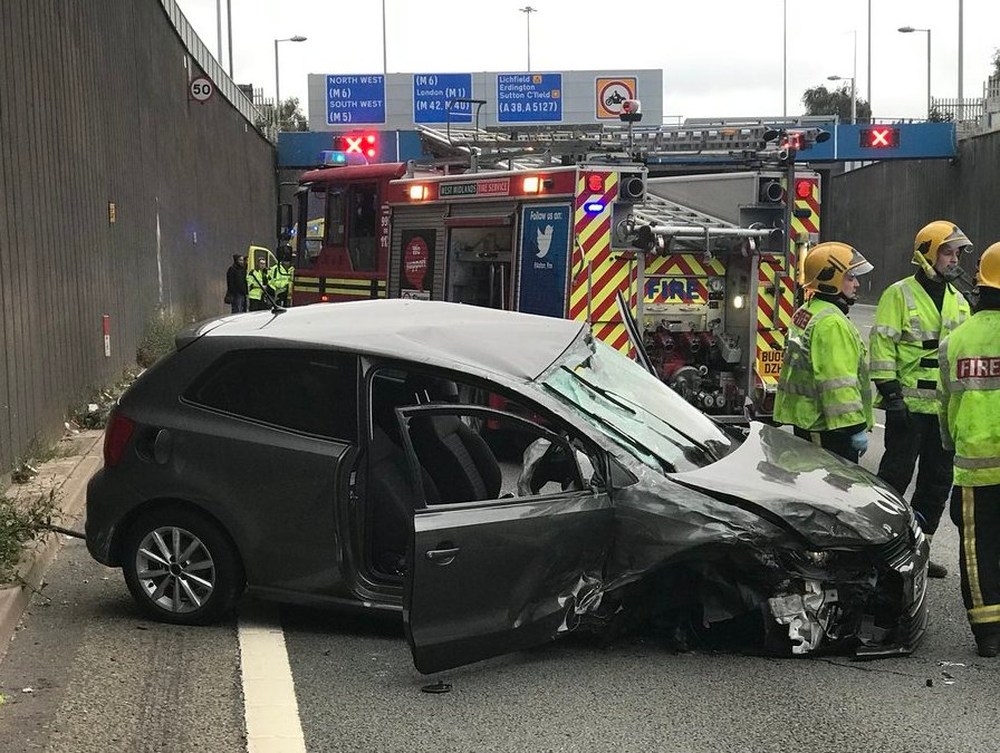 A car had swung onto the opposite side of the carriageway on an active route near Birmingham city centre and crashed into an ambulance after the driver fell asleep at the wheel.

Police said the driver was lucky to escape with only minimal injuries resulting in the crash on the A38 Aston Expressway in Birmingham.

The car sustained serious damage to its front end, while the ambulance was left with a large dent on one side after the crash at around 6.30am on Sunday 19th August 2018.

The incident provoked a warning from police for motorists not to drive tired.

Only the car and ambulance were involved in the crash on the main road connecting the M6 and the centre of Birmingham and no-one was critically hurt.

Motorway police had admired the quick-thinking actions of ambulance driver in avoiding a major collision.

The Central Motorway Policing Group (CMPG) said on Twitter: “Please please do not drive tired. A car driver fell asleep at the wheel drive on A38M and crossed to the opposite side and collided with an ambulance.”

“Lucky minor injury but it could of been a lot worse if not for quick actions of the ambulance driver.”

The site of the crash is not too far a distance from where six people were killed in a shock crash on Belgrave Middleway last year.