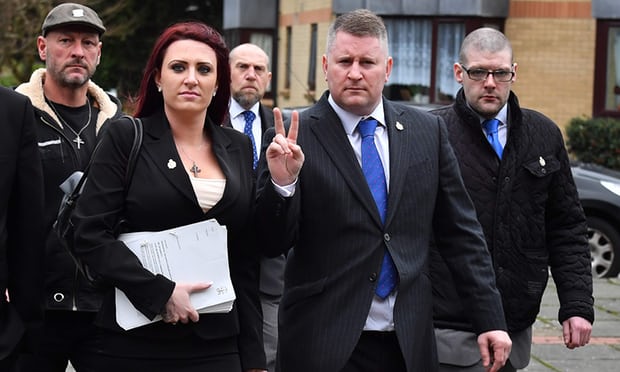 Facebook page belonging to the anti-Islamic group Britain First and its leaders have been banned.

The social media company said the group had repeatedly violated its community standards.

The page had over two million likes and their own pages had a large following.

Facebook made the decision to remove the page after Britain First ignored a final warning about the posting of material that broke its community standards.

Facebook said in their statement “We are an open platform for all ideas and political speech goes to the heart of free expression, but political views can and should be expressed without hate. People can express robust and controversial opinions without needing to denigrate others on the basis of who they are.”

“We have community standards that clearly state this sort of speech is not acceptable on Facebook and, when we become aware of it, we remove it as quickly as we can,” the company added. “Political parties, like individuals and all other organisations on Facebook, must abide by these standards and where a page or person repeatedly breaks our community standards we remove them.” The group will also not be allowed to set up any further pages in future.

Facebook judged the videos and photos to be designed to incite hatred against Muslims.

Prime Minister Theresa May told the House of Commons that she welcomed the move and hoped other tech companies would follow.

“Britain First is a vile and hate-fuelled group whose sole purpose is to sow division. Their sick intentions to incite hatred within our society via social media are reprehensible, and Facebook’s decision to remove their content is welcome.”

It is understood the offending posts included:

Twitter suspended the accounts of Paul Golding and Jayda Fransen, after its new anti-abuse rules came into force last December.