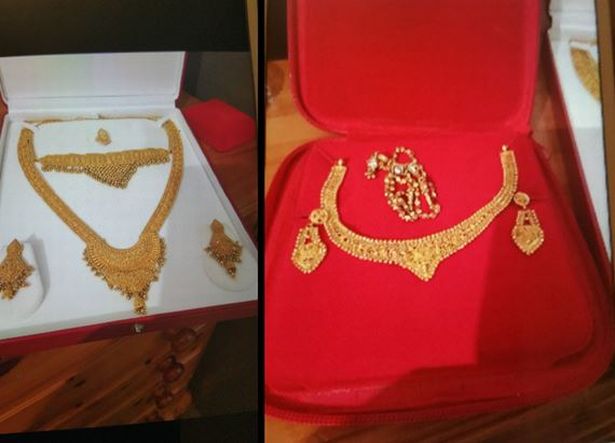 Homes in Accoks Green area have been targeted by burglars for Asian Gold, houses in Pool Farm Road, Fox Hollies Road, Circular Road, Shirley Road and Oakhurst Road have been raided. Burglars have stolen jewellery worth more than £98,000 in just three weeks.

The culprits forced entry through rear windows and doors in the afternoon or early evening while the homeowners were out,

December 2016, West Midlands Police launched a crackdown after more than 60 burglaries targeted people who were elderly or with an Asian background in the space of three months.

A suspect was found with a stun gun in one incident and at least 50 of the crimes, which took place across the region, were thought to be linked.

In November, police issued CCTV of brazen burglars stealing £30,000 worth of ‘irreplaceable’ Asian jewellery from a Solihull home.

Footage showed the pair calmly entering the property in Cornyx Lane before they ransacked rooms and made off with family heirlooms.

The burglars stole bangles, a headpiece and necklaces made of pure gold and 24 carat gold.

Police have said the raiders gained entry by smashing through a back door to the house between 4.30pm and 7pm on November 16.

The victims were left heartbroken by the theft. The owner of the stolen gold said: “It’s jewellery which is irreplaceable.

“Some of it was given to me by my father which is very sentimental and other jewellery which has been in my family for years. This has caused me and my family a great deal of stress.”

If anyone has seen any of the items please contact West Midlands Police on 101.