Home Politics Viewers of Online Extremist Material To Face Up To 15 Years In... 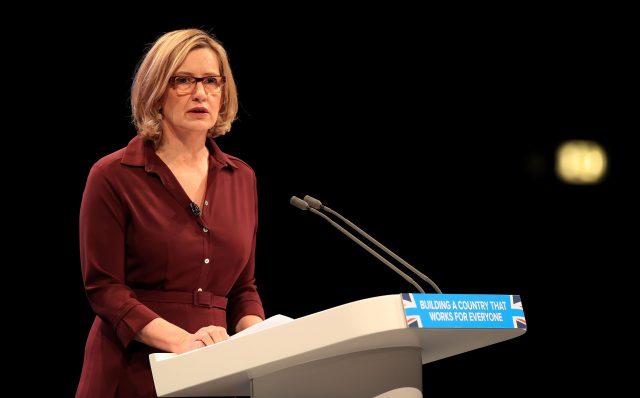 Under plans announced by the Home Secretary Amber Rudd, people who repeatedly view terrorist content online could be jailed for up to 15 years.

Amber Rudd told the Conservative Party Conference on Monday night that laws on counter-terrorism must be updated to keep pace with modern online behaviour and to address online radicalisation.

In the first eight months of this year, 44,000 URLs to Islamic State propaganda were created and shared, according to the Home Office.

Since 1 September 2016, ISIS supporters have published almost 67,000 tweets in English, using a range of online platforms to promote online links to their propaganda and making English-speakers the second most important audience for ISIS supporters after Arabic.

The new penalty would also apply to terrorists who publish information about members of the armed forces, police and intelligence services for the purposes of preparing acts of terrorism.

Ms Rudd said: “There is currently a gap in the law around material which is viewed or streamed from the internet without being permanently downloaded.

“This is an increasingly common means by which material is accessed online for criminal purposes, and is a particularly prevalent means of viewing extremist material such as videos and web pages.”

The proposed changes will strengthen the existing offence of possessing information likely to be useful to a terrorist under section 58 of the Terrorism Act 2000 in order to make it applicable to material that is viewed repeatedly or streamed online.

Currently the power applies only to online material that has been downloaded and stored on the offender’s computer, is saved on a separate device or printed off as a hard copy.

The updated offence will ensure that only those found to repeatedly view online terrorist material will be guilty of the offence, according to the Home Office, to safeguard those who click on a link by mistake or who could argue that they did so out of curiosity rather than with criminal intent.

A “reasonable excuse” defence would still be available to academics, journalists or others who may have a legitimate reason to view such material.

At an earlier fringe meeting, Rudd caused some consternation, claiming it was not necessary for her to understand how end-to-end encryption worked to know that it was helping criminals, and criticising the tech industry for their “patronising” attitude that “sneered” at politicians who did not always get it right.

Asked by an audience member if she understood how end-to-end encryption actually worked, she said, “It’s so easy to be patronised in this business. We will do our best to understand it. We will take advice from other people. But I do feel that there is a sea of criticism for any of us who try and legislate in new areas, who will automatically be sneered at and laughed at for not getting it right. I don’t need to understand how encryption works to understand how it’s helping the criminals.”

“I will engage with the security services to find the best way to combat that.”