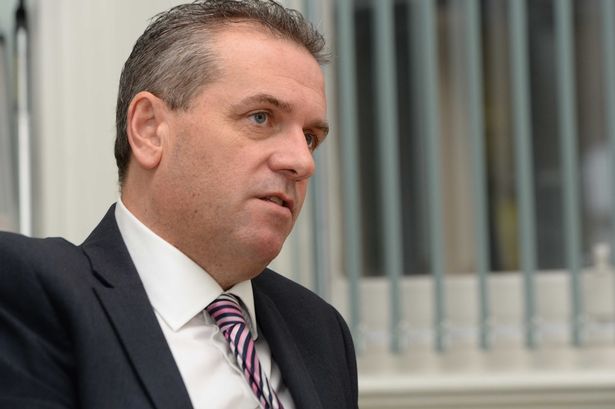 City council leader John Clancy is under-fire after a leaked email showed he misled the public over the deal which would have ended the bin strike.

Clancy claimed recently that no deal was struck between the authority and Unite with regards to preserving 113 leading hand binmen jobs at the current pay grade. He said that only an agreement for further negotiation was agreed.

However, in a leaked email to depot managers sent shortly after the strike was suspended on 15th August, Clancy contradicts his public claim, instead saying that he and his cabinet had agreed to the deal and that “all the terms of the compromise would be implemented.”

Cllr Clancy also asked managers to lift the suspension and threat of disciplinary action against a union representative.

No mention of the agreement being subject to further negotiation is made in the email, which was sent on 18th August.

The strike, which had been on since 30th June, had been suspended on 16th August after conciliation service ACAS announced that a deal had been struck.

Unite union said the deal was a victory for its workers who were threatened with loss of pay or redundancy.

However, a council report later published discussed the potential financial implications of the deal for the authority, rendering it “unaffordable”. Senior cabinet officials refused to back the deal, amid concerns that it left the council open to further expensive equal pay claims from other staff.

In the email, Councillor Clancy said, ““I am writing to let you know that Birmingham City Council cabinet took the decision last night to support the compromise which had been negotiated through ACAS as a step forward in achieving a longer term solution to the refuge collection dispute.

“All of the terms of the compromise will be implemented and the Council looks forward to working with the Union to progress discussions towards achieving a lasting solution which works for the staff, the Council and most importantly delivers for the people of Birmingham.”

Birmingham’s Liberal Democrat leader Councillor Jon Hunt said, “John Clancy’s position is now untenable. He has lost all authority and credibility as leader of the council. ACAS clearly believes that ‘agreement’ and ‘deal’ are the same thing.

“To make repeated public statements that there was ‘no deal’ on August 16th – even if it was an untenable deal – has served the city badly.”

“An apology would have been the right thing to do,” he added.

“There has been the double u-turn in negotiations with the trade unions, leaving us with badly soured industrial relations on top of a toxic dispute that is set to destroy the quality of life of the city.”