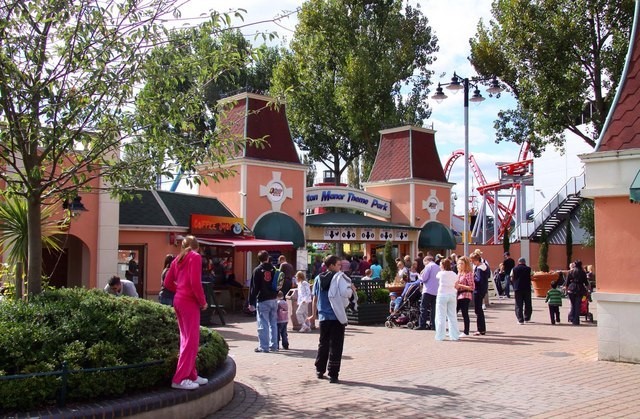 Drayton Manor has been embroiled into a scandal after to allow a Sikh children’s party to take place at its theme park.

The party was denied entry after it was found that an adult chaperone, a Sikh, was carrying a kirpan, a traditional dagger worn by Sikh’s at all times as an article of faith. The primary school teacher was asked to remove the knife but refused. He was also offered another Kirpan to wear as a necklace but also refused. As such, the children’s party were barred from entry. According to Drayton Manor, the kirpans go against health and safety and have been disallowed from the Theme Park for many years now.

The group were celebrating a six-year-old’s birthday and had spent hundreds for Drayton Manor tickets. A friend of the man wrote in her blog, entitled The Secret Psychiatrist, that the family had been asked if they were Sikh upon arriving at the theme park.

“Mr Singh confirmed that he was, and then the security guard asked if he could take his dagger off. I was confused what this man meant by dagger.

“I asked Mrs Kaur, who explained to me that the security guard was referring to the Kirpan – which is one of the five Sikh artefacts to carry when you are baptised that have to be worn for 24 hours a day without question.

“If you take off the Kirpan then essentially you are breaking your oath – which is like removing part of a limb for a baptised Sikh.”

She added, “I cannot explain the Sikh Family’s embarrassment and how their pride was deeply dented by this pure humiliation as though they were criminals.”

A spokeswoman for Drayton Manor has offered further clarification on the matter:

“Drayton Manor Park is a family run business which operates within a multi-cultural society enriched with different creeds and beliefs and its staff welcome and embrace this. Kirpans have not been allowed to be worn in the park for a number of years as they pose a health and safety risk to members of the public.

“To this end, Drayton Manor Park offers an alternative to the Sikh Community which has been acceptable – a necklace worn next to their skin in exchange for the Kirpan, which is handed over for safe keeping for the duration of their visit.

“These reasonable alternative steps were taken in liaison with Sikh elders, and after the park commissioned and received an independent Engineering Report from a renowned health and safety specialist who confirmed that the wearing of a sheathed dagger, or any similar article, posed a viable compromise to safety whilst on a ride.

“It is for this reason that cameras and other similar articles are also forbidden on rides. The same rule applies to all visitors without exception. It is regrettable that a group of Sikh visitors who came to the park on Friday 2nd June declined to take up the offer of the alternative to their Kirpans and they were therefore denied access to the park.”