Home Business MFDH Awards Goes Off with a Bang! 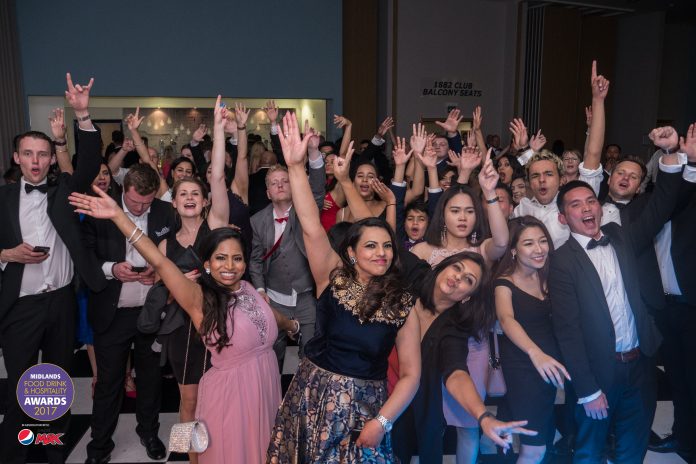 The Midlands Food Drink & Hospitality industry was out in full force and saw over 450 people in attendance, including the biggest names and faces in the food and catering industry from all around the West Midlands, to honour and award the very best restaurants, cafes, eateries, chains, hotels, chefs and more in the world of hospitality. 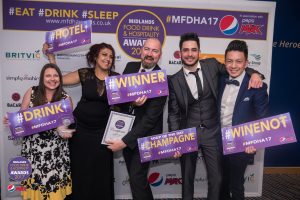 The night kicked off with a stellar reception that welcomed the guests, hosts, judges and sponsors to the beautifully decorated venue at the cricket ground. It was an electric night full of fun and frolics.

Host Raaj Shamji, known for his flamboyance and infectious humour, and his eclectic band kept the guests entertained with their unique brand of wit, wonder and flair. They brought a sense of cabaret, zest and fun to the night that kept everything up and lively. 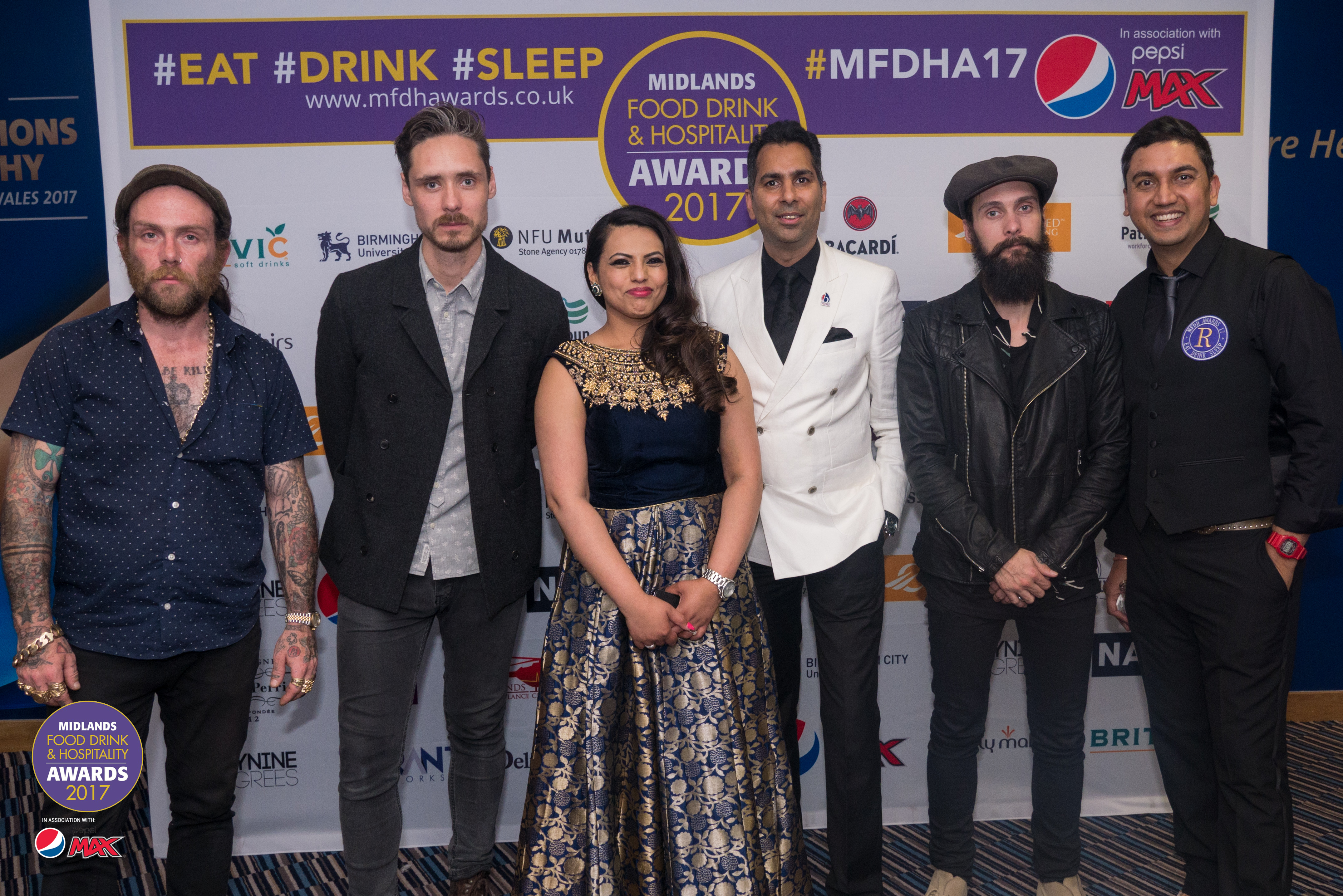 Live music was provided by the Walsall Wallaz and Beat Asylum, guests were also treated to a stunning performance from Nemesis from Britain’s Got Talent.

Drinks were aplenty at the bar and food was provided from Mahir’s Experience.  The delectable cuisine was perfectly fitting for a night celebrating the very best in food.

Needless to say, when it came to the winners, the level of excitement and tension was palpable. Some of the most coveted awards and winners of the night included Best Hotel which went to The Belfry, Best Steak House which was awarded to the Andersons and Best Chef which was picked up by Brad Carter of Carters. 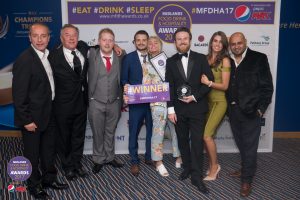 The crowd moved to the after party after the awards was over, which saw yet  more fun, laughs and partying with music provided by DJ AKB. Anita Chumber and Ifraz Ahmed, the organisers of the night, commented:

“It is overwhelming to see so much support for this very important industry in the Midlands. The awards, now in its second year, has been a huge success.

“We would like to wish a huge congratulations to the winners & nominees and thank you to everyone that has supported the event this year.”

Next year’s MFDH awards is already being planned and looks set to be even bigger, better and brighter.

Look forward to seeing you next year! 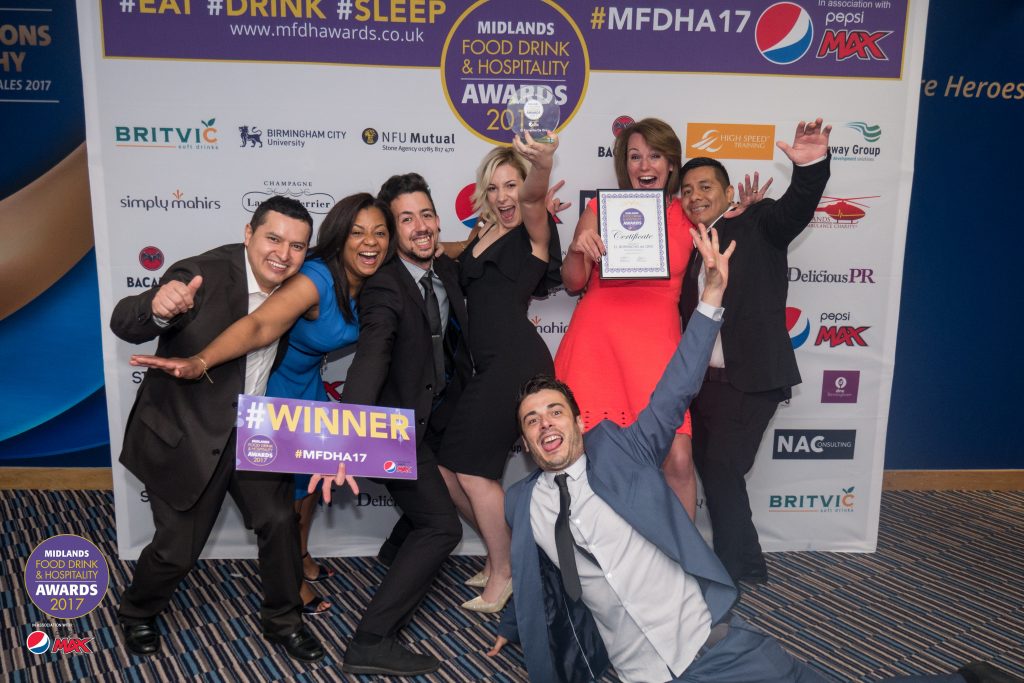 For images from the night, see the links below.  More will be released in the coming days! 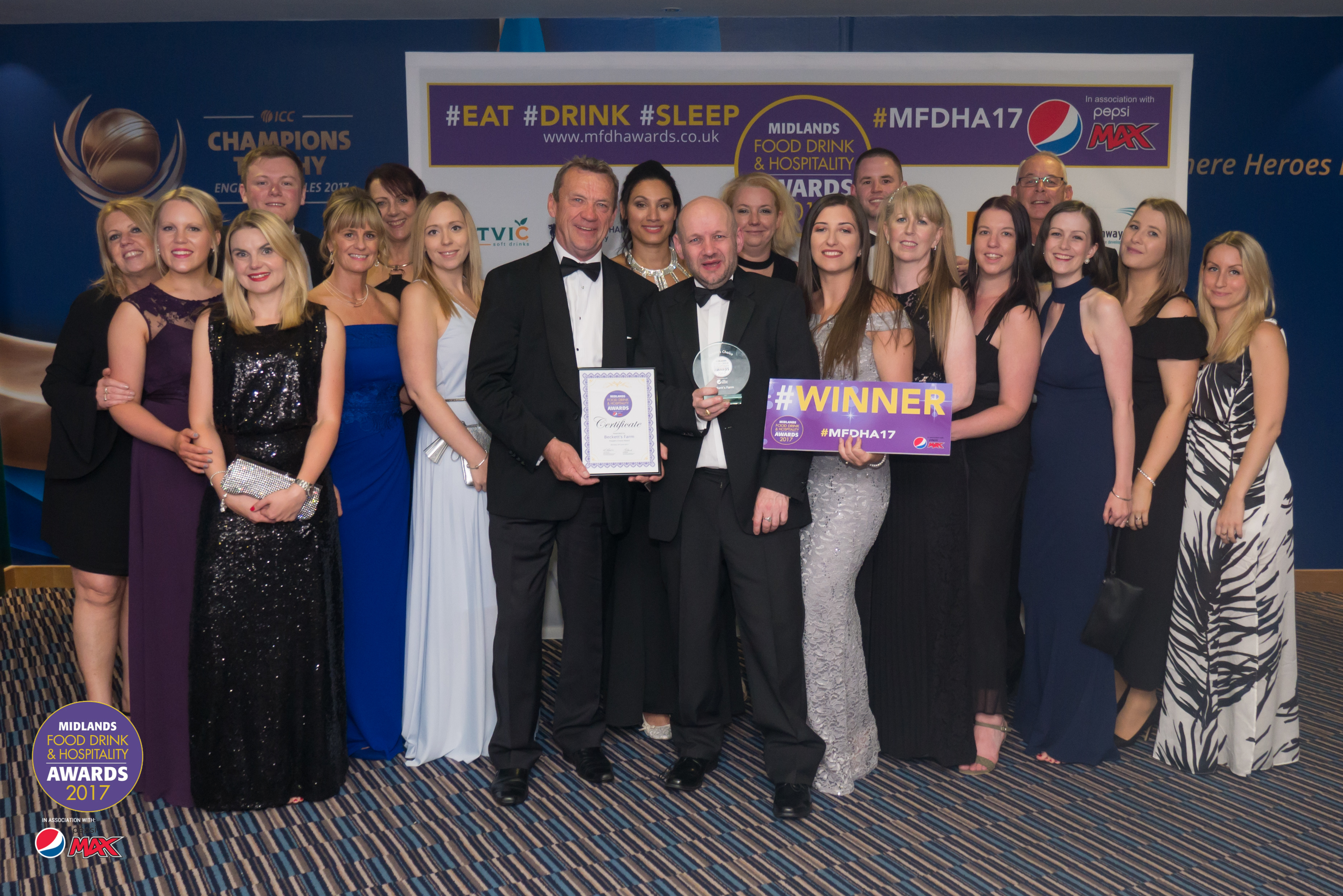 STREET FOOD/POP UP BAKED IN BRICK 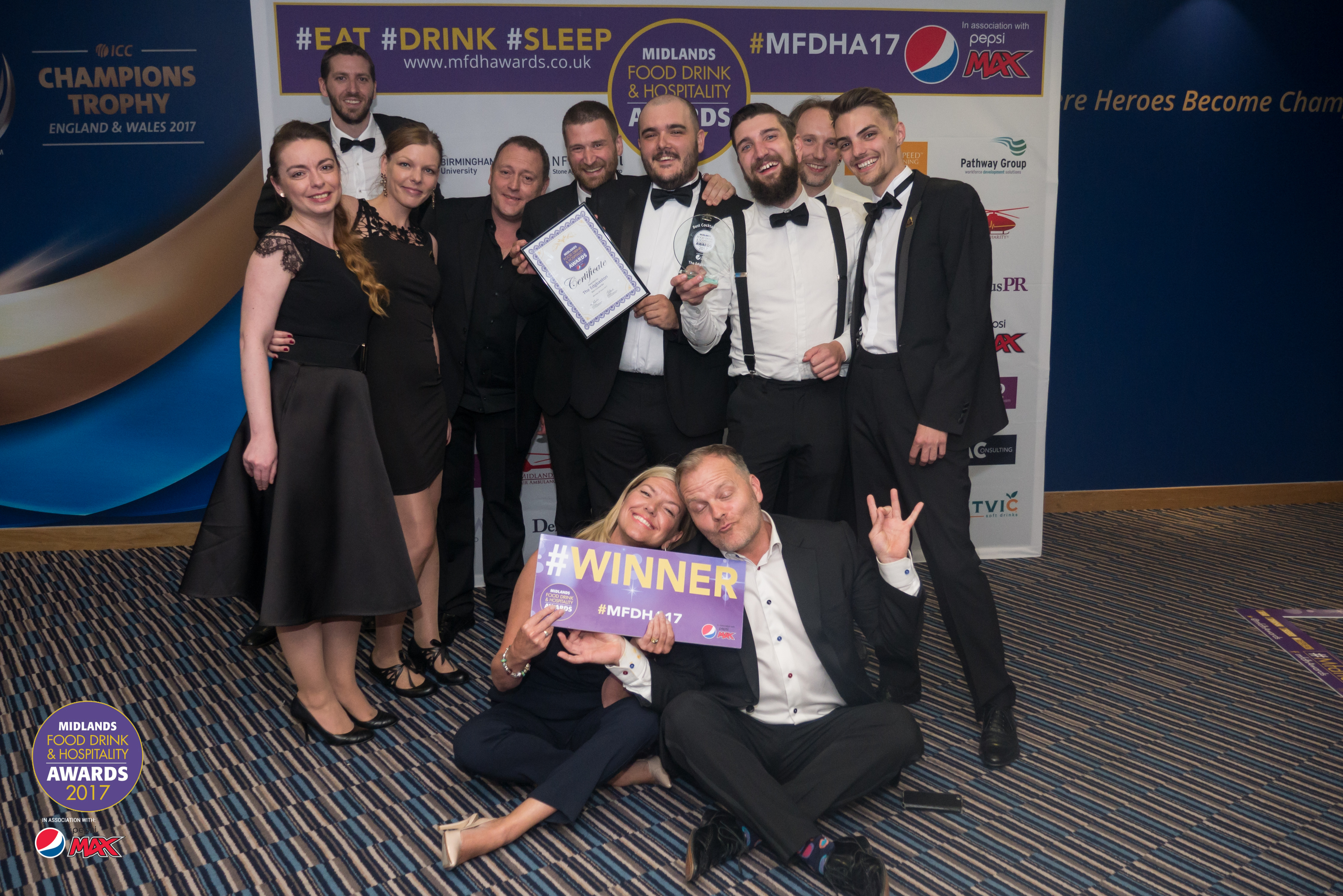 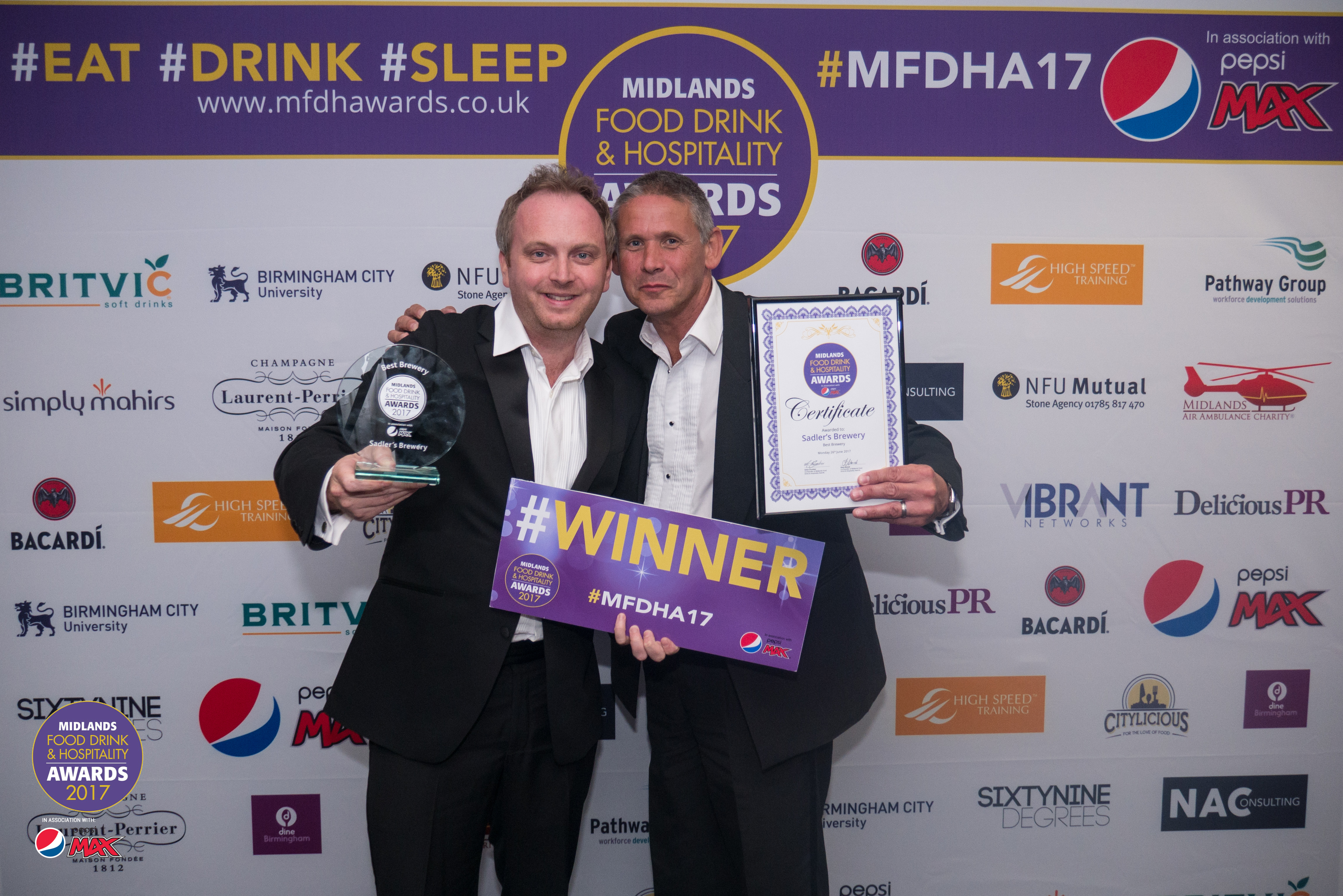