Birmingham was recently rocked by news after the sudden passing of a charity founder, the founder of Jannat ul Firdous, or Helping Little Angels, had been battling cancer for years whilst operating her charity, and passed away on Good Friday.

Thousands came out to attend the funeral of Shamim Mahmood at Birmingham Central Mosque. Trustee Shamsa Miran-Bux said: “I’m heartbroken and devastated that we have lost Shamim. She was an angel who did so much. She threw herself into helping children and today we have seven schools in Pakistan as well as colleges and two orphanages.

“Shamim would be there on the ground doing everything, and the schools are now running by themselves. If there was a problem in other countries, such as Syria, she would be there for any disaster and especially to help the children. She was a gem.” 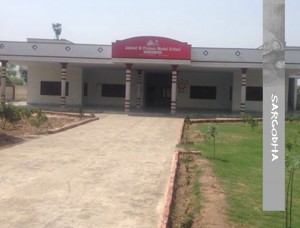 Shamim was a beacon of inspiration for those back in Pakistan and in her hometown of Hall Green, Birmingham. Shamim first set up Jannat ul Firdous, the non-political and non-profit, back in 2004 to help children in Pakistan living in poverty by setting up an orphanage and eventually schools, masjids, water plants and Pakistan’s first ever girls college. Helping Little Angels has worked worldwide in eighteen different cities, tackling everything from poverty to natural disasters.

There has been an outpouring of grief and condolences on social media for the pioneering humanitarian. The mother of three had written, “The establishment of Jannat ul Firdous resulted in my realizing my true purpose on Earth. 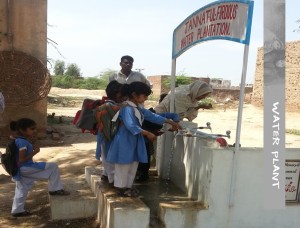 “My actions have provided me the opportunity to channel my energy by providing support to the most vulnerable and neglected children in Pakistan.

I believe this act of kindness will nurture these orphaned children and help them to develop as independent individuals.”